Olympics in Tokyo: Bantamweights Champions In the Spotlight of Time 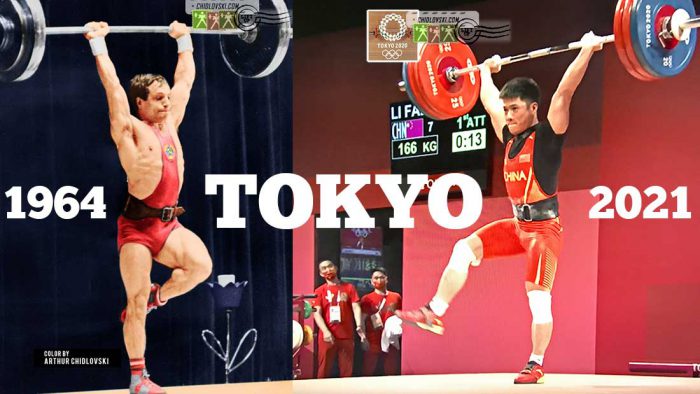 The “before and after” visual snapshot features two remarkable bantamweight champions of the Summer Olympics in Tokyo. Alexey Vakhonin of the USSR (left) won the bantamweight class in 1964 and Li Fabin of China did it also at the Tokyo International Forum arena today, July 25, 2021. Both Olympic champions featured an amazing one-leg stand during their performance for the Olympic gold medals.

It’s not a new requirement for artistic component of weightlifting competitions – rather a personal style of showcasing strength on the competition platform. 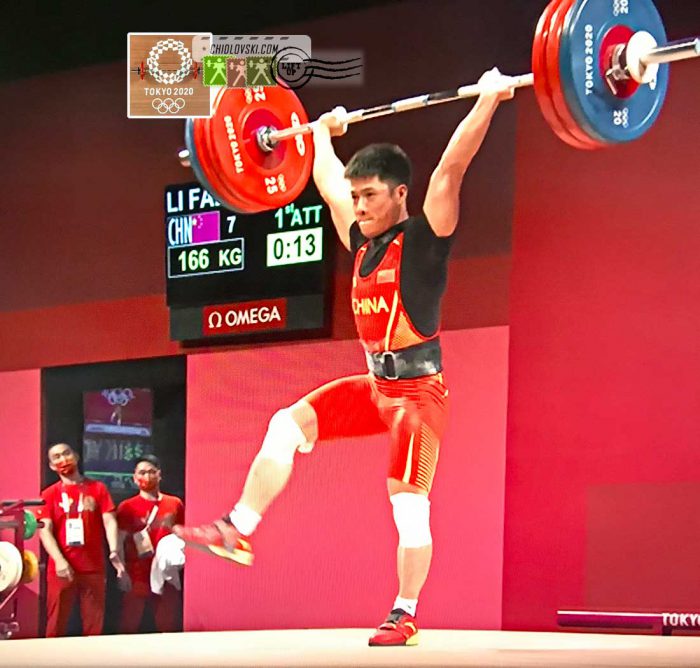