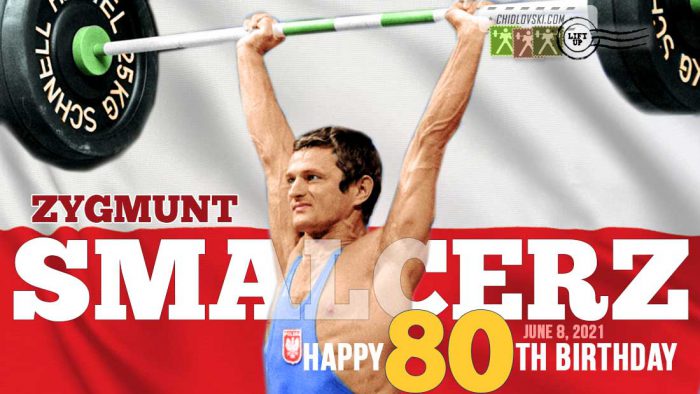 Brilliant Polish flyweight of the 1970s, Olympic champion Zygmunt Smalcerz is definitely one of the living classics of this sport.

On the national level, Smalcerz was a 6x Polish champion and he broke 21 national records of his country.

As a coach, he worked with weightlifting teams in his native Poland, USA and now in Norway. In many ways, he is a true ambassador of the sport of Olympic weightlifting in the world.

Happy 80th Birthday to a Legend!