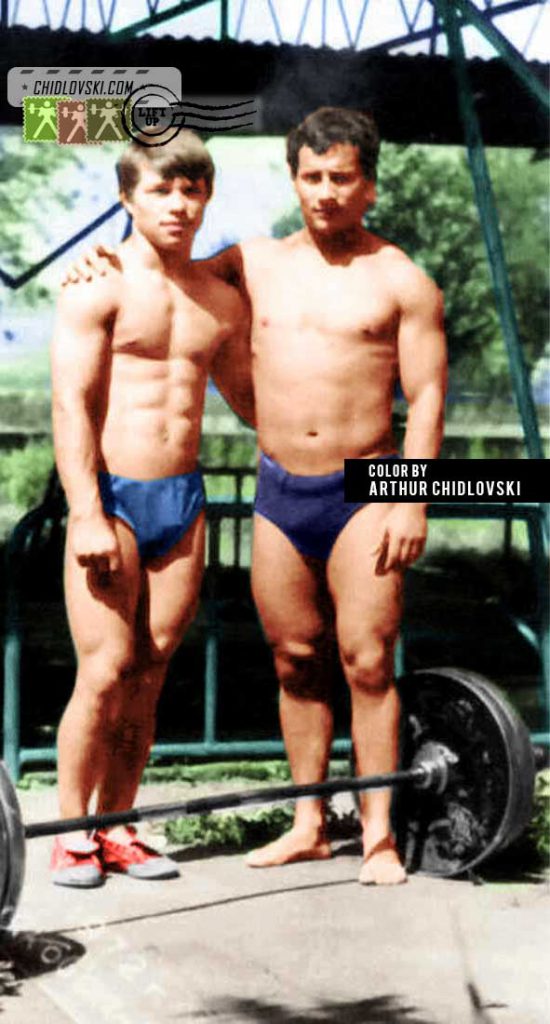 Nikolay Kolesnikov became an Olympic champion in the 60kg weight class in Montreal in 1976. He was a 3x World champion, 3x European champion and set 6 world records.

Sergey Pevzner was one of the best lightweights in the USSR and in the World. He was a vice champion of the World, European champion and authored 2 world records in his career in this sport.

A small miner’s town of Shakhty in the south of Russia became a world famous place where many Olympic and world champions were trained by Rudolf Plyukfelder and Viktor Dorokhin. Overall, the list of famous graduates of the Shakhty’s weightlifting school features 6 Olympic champions and 7 world champions. David Rigert and Vasily Alexeev, Alexsey Vakhonin and Nikolay Kolesnikov, , Gennady Bessonov and Viktor Tregubov – all of them were training in Shakhty.