Coaches and Athletes: Chuzhin and Kolotov 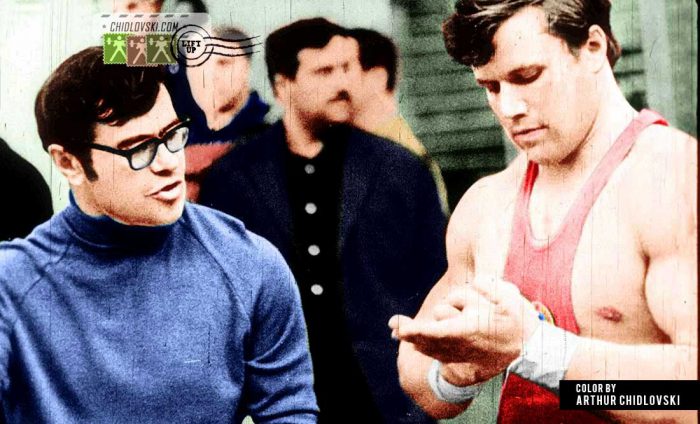 April 25, 1970, Vilnus, Lithuania, USSR – Vasily Kolotov of Pervouralsk, Russia and his coach Alexander Chuzhin are getting ready for the competition in the 90kg class at the 1970 USSR Championships in Vilnus.

Kolotov’s coach, Alexander Chuzhin  at the time of the tournament was 40. In the past, he was a national level athlete, competed for the Spartak Club in Moscow and won the bronze medal in the 67.5kg class at the 1963 USSR Championships. In the 1970s, he worked with such world class champions as Vasily Kolotov and Vasily Alexeev.