Epic Battle of Heavyweights in Tokyo (1964) 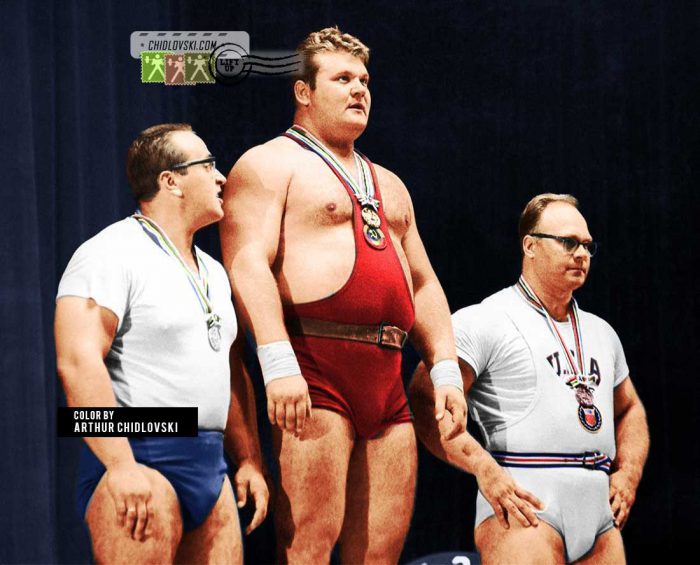 History in Color:
October 18, 1964, Tokyo, Japan – Olympic weightlifting heavyweights showcase medals that they won in the 90+kg weight class in the last day of the tournament at the 1964 Summer Olympics in Tokyo (left to right):

It was truly and epic night in the history of Olympic weightlifting. All three medalists are legends of this sport and there were numerous History in Color feature photos and stories about them.

During the last night of the Olympic weightlifting tournament in Tokyo, the heavyweights set three world records.

Defending champion of the 1960 Summer Olympics and holder of all four world records prior to the contest in Tokyo, Yury Vlasov authored two of them – 197.5kg press and 172.5kg snatch lifts. And then, of course, there was the last lift and the last world record of the night when Leonid Zhabotinsky clean-and-jerked 217.5kg and won the gold at the 1964 Summer Olympics.