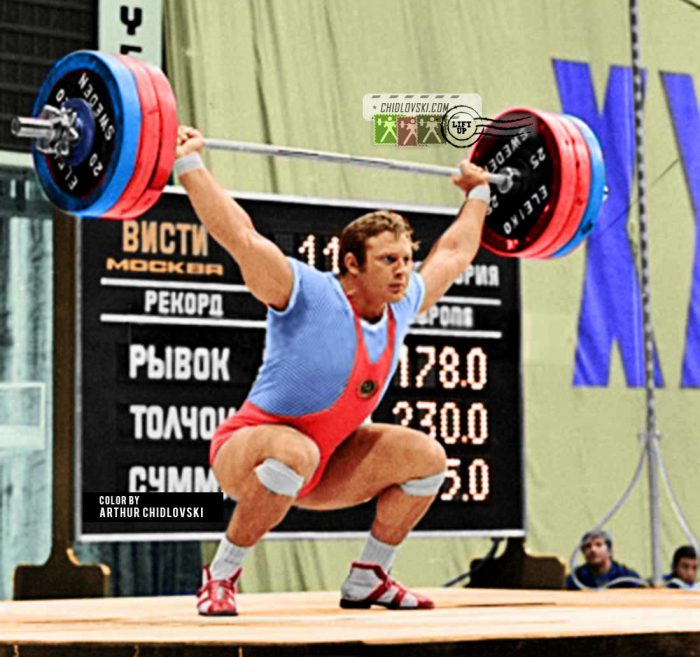 History in Color:
September 22, 1975, Moscow, Russia – 27-year old heavyweight from Alma Ata, Vasily Mazheykov competes for the Team USSR in the 110kg weight class at the 1975 World Championships in Moscow.

In the end of the night, Mazheykov became a World and European vice champion after finishing second to powerful Bulgarian junior Valentin Khristov. Vasily’s total was 390kg (170+220).

As previously reported by Lift Up, Vasily Mazheykov died in his home town of Almaty, Kazakhstan on July 25, 2020.

Our deepest condolences are being sent to his family and friends.