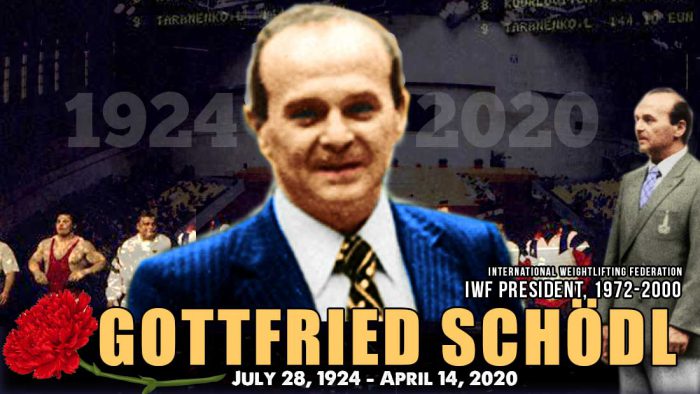 Those were eventful Games with exciting lifting on competition platforms and tough decisions that had to be made off the competitions.

Those were memorable and exciting times when the IWF was run by Gottfried Schödl of Austria. It is very sad to know that he passed away.

Our thoughts are with his family and friends.