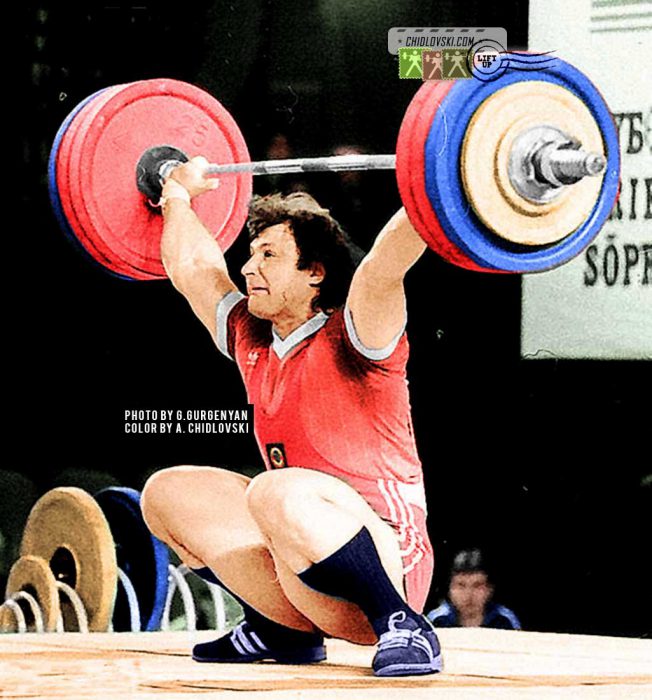 In Tallinnn, Alexander Popov won the 1st place with an impressive 435kg in total in the 100kg class at the Friendship Cup. He snatched 192.5kg (shown on the History in Color cover photo) and cj’d 242.5kg (world record).

Alexander Popov (born in 1959) was one the best Soviet heavyweights in the 100kg and 110kg classes in the 1980s. On the international level, he was an Olympian for Team USSR in 1988 and won a silver meal at the 1983 World Championships in Moscow and numerous medals at the European Championships.