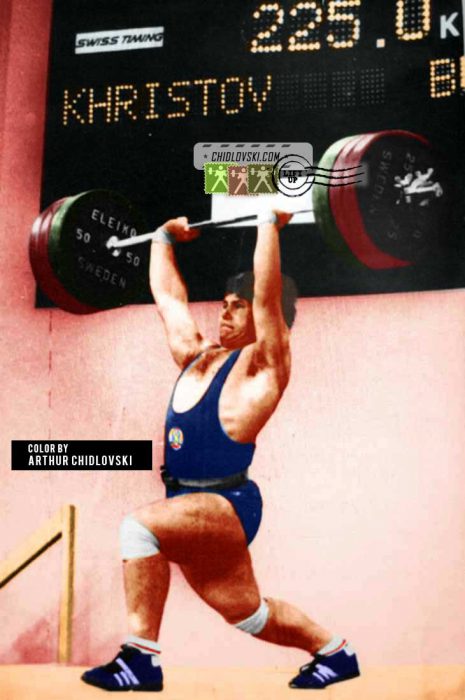 As it was expected, everybody’ s pic for the gold in the heavyweight class, Valentin Khristov finished the Olympic tournament with a 15kg advance in total over the 2nd place athlete. His total was 400kg (175+ 225).

However, he failed the drug test after the competitions and the title of the Olympic champion was awarded to Yury Zaytsev of the USSR.