Vasily Kolotov: Hunting For a World Record In Ulm 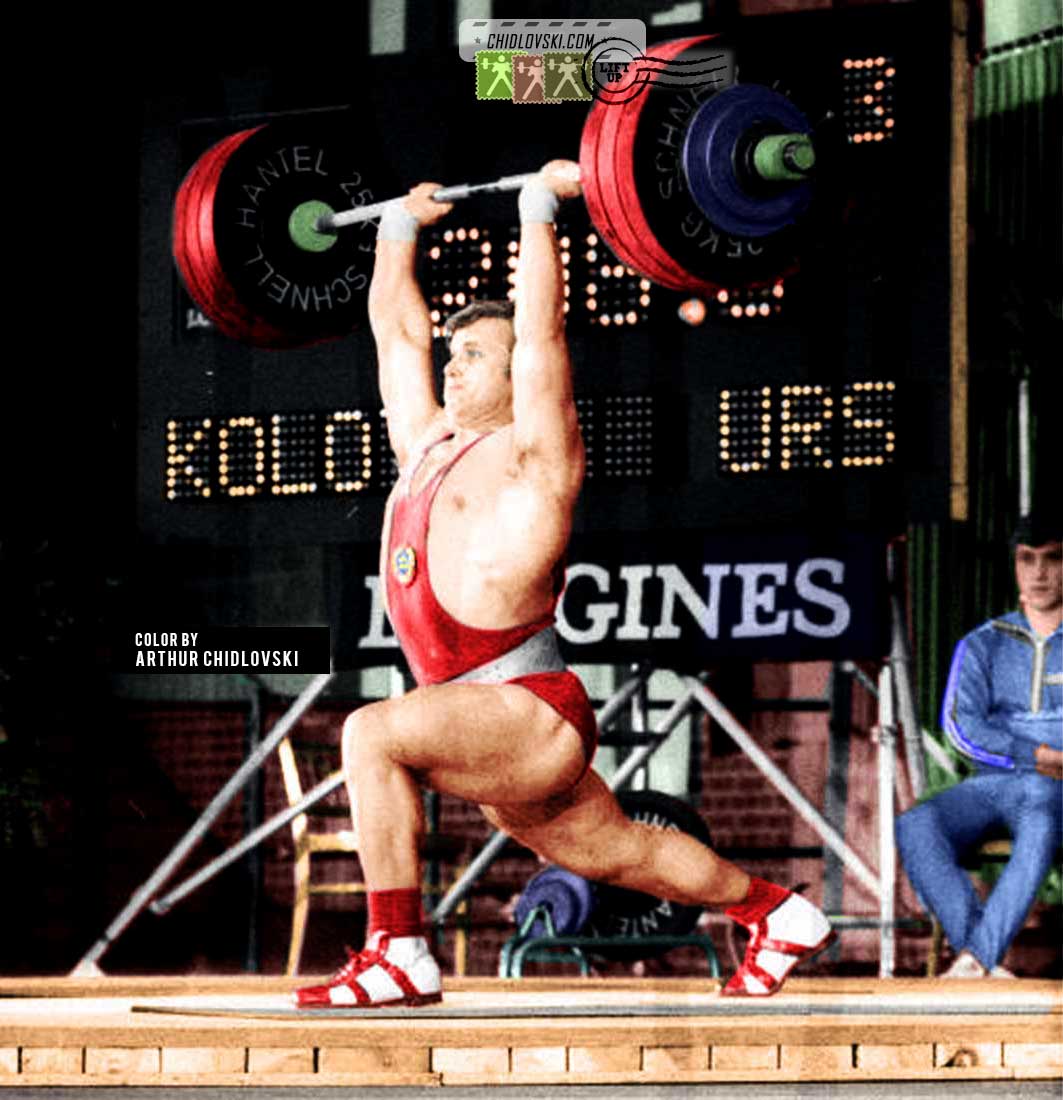 With 6 months left before the Summer Olympics in Munich, the pre-Olympic tournament in Ulm was held on March 4-5, 1972 and brought in several major weightlifting superstars. The list of world records set in Ulm included:

The attempt by Vasily Kolotov to cj 208 kg wasn’t successful. The record by David Rigert (207.5kg) stayed this time.

3 weeks later, another Soviet middle heavyweight Evgeny Penkovsky managed to cj 208 kg on March 26, 1972 in Moscow and it became a new target for upcoming records.