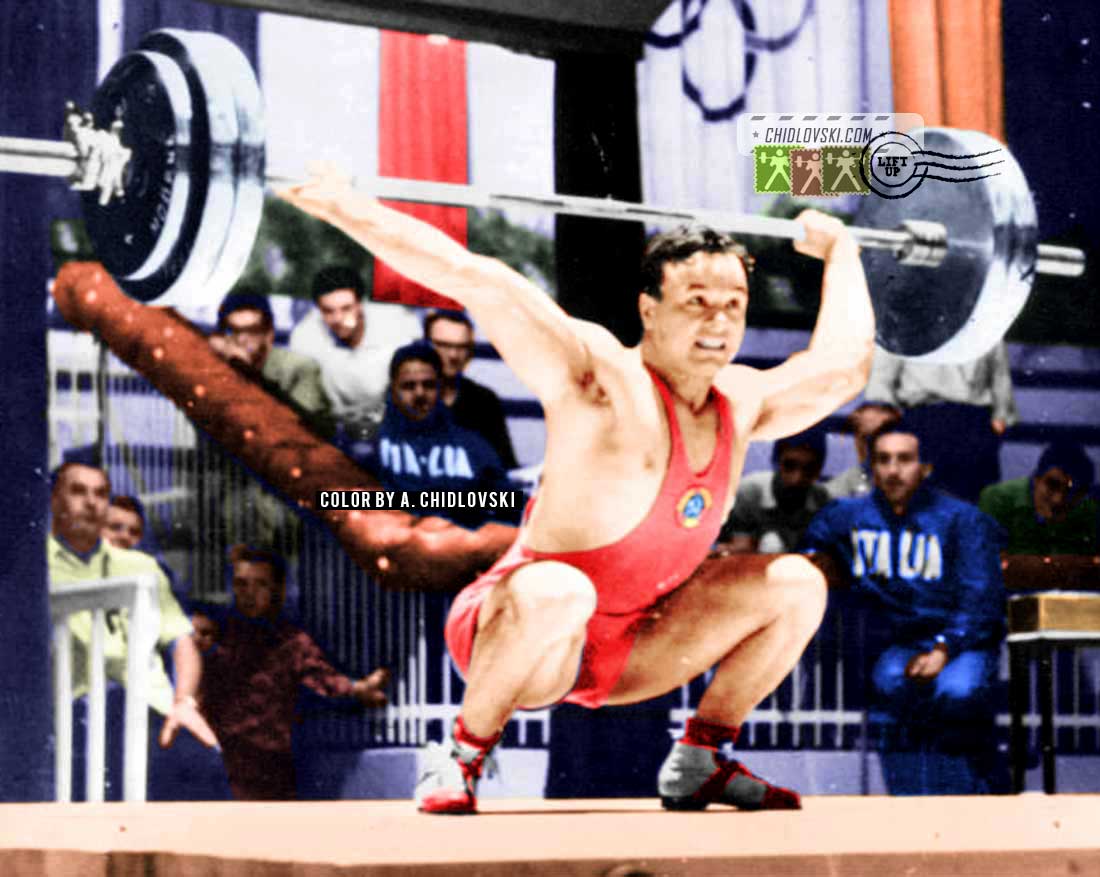 History in Color:
September 8, 1960, Rome, Italy – Middleweight Alexander Kurynov of Team USSR performs a snatch lift on his way to his gold medal in the 75kg weight class at the 1960 Summer Olympics in Rome.

He was a graduate of the lifting school in Kazan and competed in the middleweight class,

In the timeline of the Soviet middleweights, the era of Kurynov is set between the eras of Fedor Bogdanovsky and Victor Kurentsov. One of the most memorable moments in his career was his victory over unbeatable Tommy Kono of the U.S.A. at the 1960 Summer Olympics in Rome.