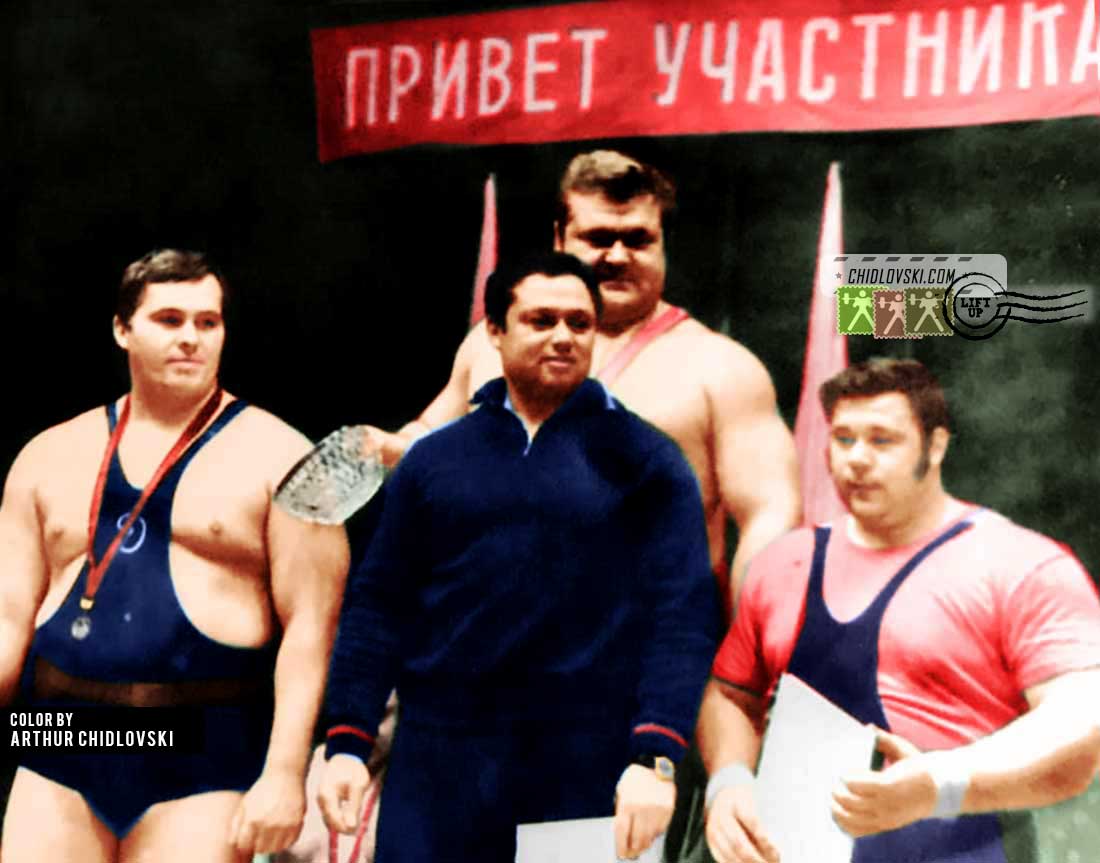 History in Color:
December 18, 1973, Tuapse, Russia – Super heavyweight winners at the medal ceremony of the 110+kg class at the 1973 USSR Cup held at the Seaman Palace in Tuapse (left to right):

The were 143 althetes and 12 teams competing at the 1973 USSR Cup. Based on the tournament results, the top 3 teams were:

For a 35-year old super heavyweight legend Leonid Zhabotinsky, 2x Olympic champion, 4x World champion and 5x USSR champion, it was the last gold medal in the major national contests. He set a new world record in snatch (183.5kg) and won the Cup with a 395kg total.