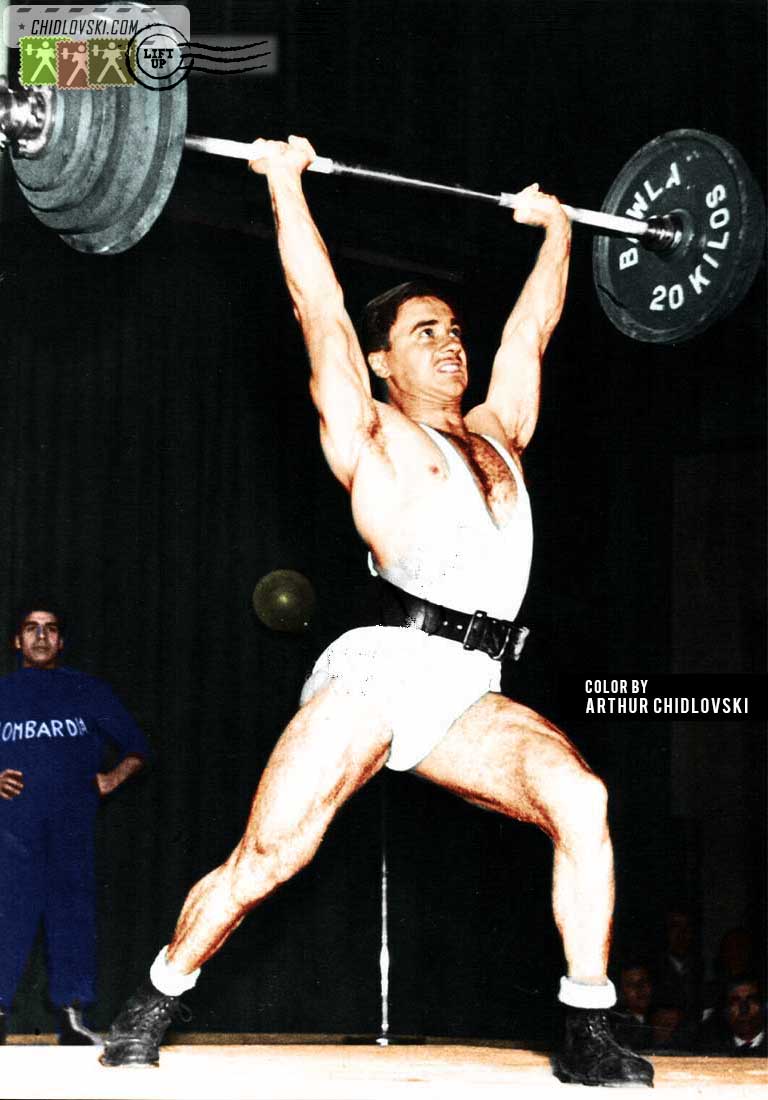 It was the second World title for Peter. He won his first one in 1947 when he was 18. Overall,  he was 12.5kg behind Khadr El-Touni of Egypt after the press lift and then came back with a gold after a superb performance in the snatch and clean-and-jerk programs.

The Olympic press wasn’t the best for George and a come back scenario was a typical in his outstanding career in Olympic weightlifting. Overall, he won 5 World titles and, at all 5, he had to overcome the deficit poundage lost in the press:

21 year after the 1951 World Championships in Milan (on the cover photo), the press was eliminated from the Olympic weightlifting and one can imagine how it would have benefited Peter George and other remarkable masters of dynamic lifts of that era.