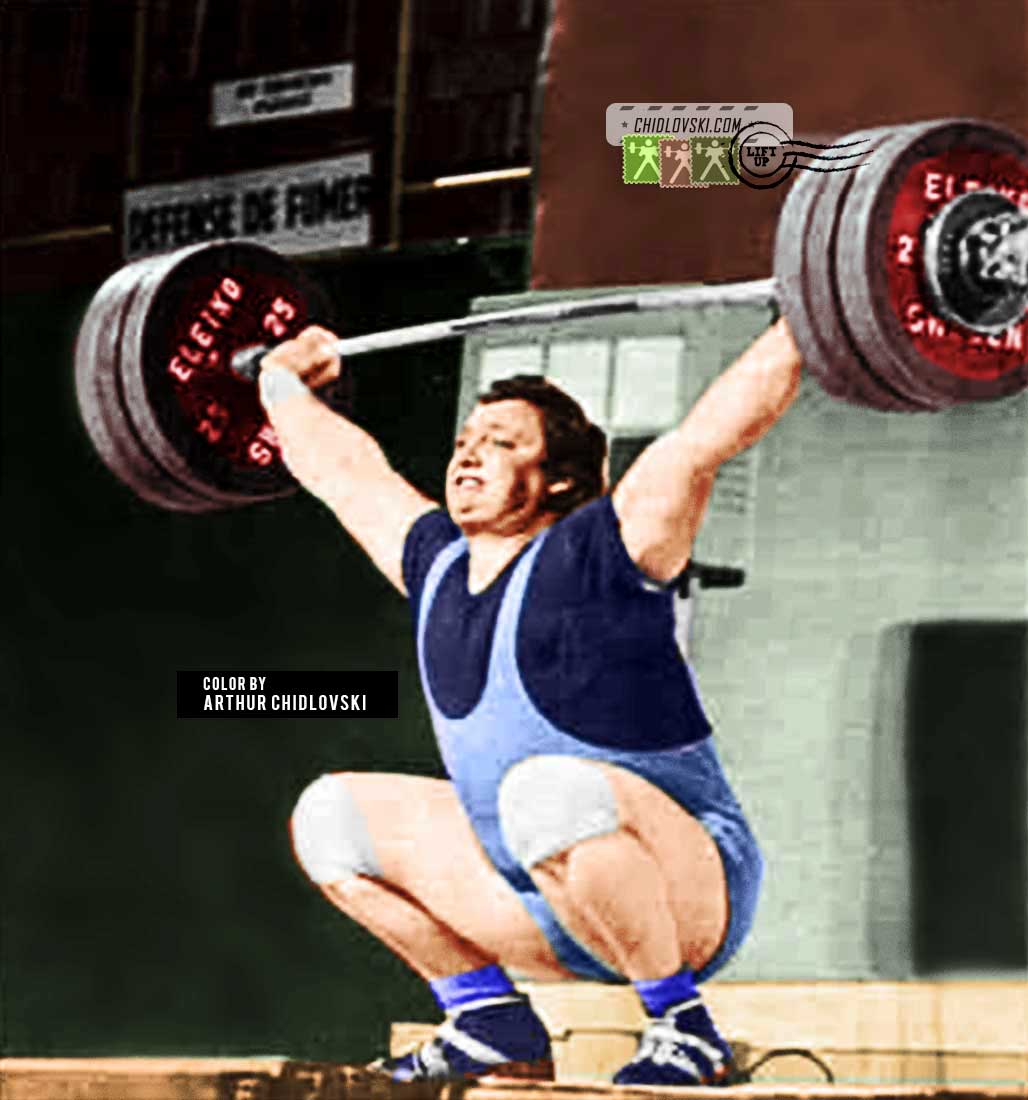 Khristo Plachkov (1953-2009) of Asenovgrad, Bulgaria was truly a legend in the history of Olympic weightlifting.

He was a highly regarded athlete in the lineups of top heavyweight contenders of national and international tournaments in the 1970s. In addition to winning 3 national titles (1975, 1977, 1978), he won a bronze medal at the World Championships (1975) and a silver (1976) and bronze (1975) European medals.

Plachkov was a milestone athlete as the  first athlete in the world who managed to snatch 200 kg. It happened on May 25, 1976 in Sofia. Khristo was only 23 and it was remarkable!

Overall, Plachkov set 8 world records his career – 6 in the snatch lift and 2 in total.