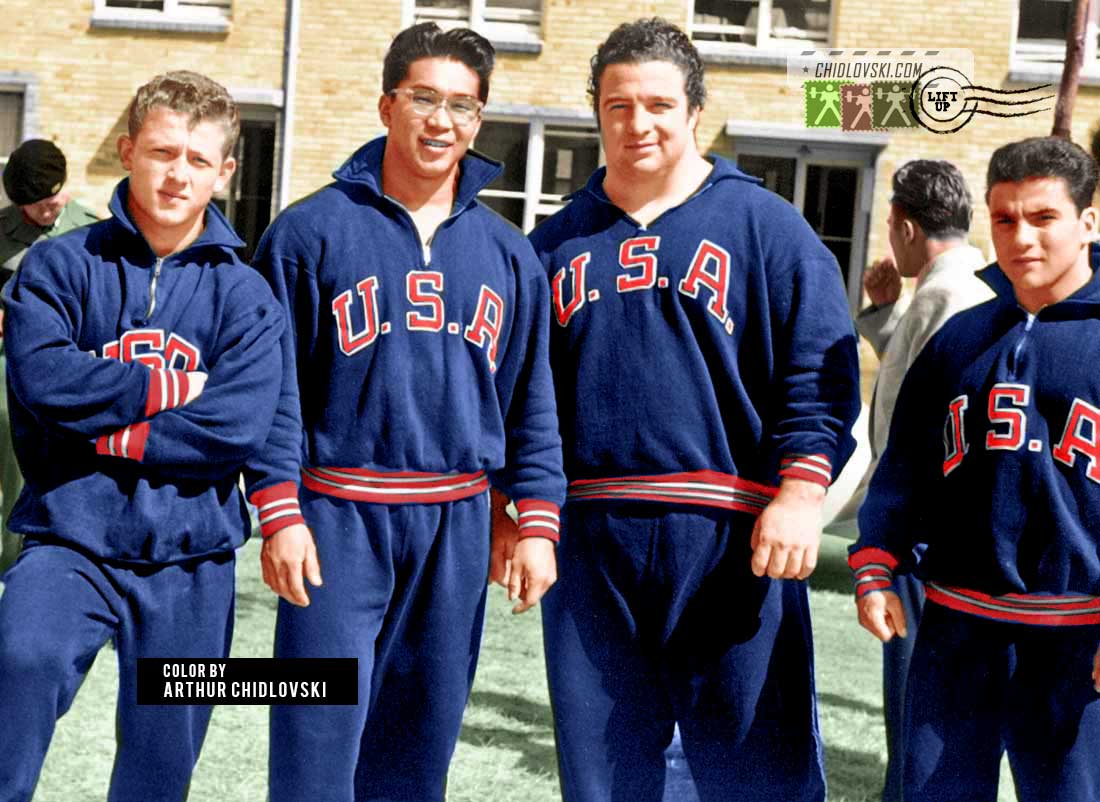 History in Color:
Melbourne, Australia, November 1956 – U.S. Olympic champions in weightlifting at the 1956 Summer Olympics in Melbourne gathered for a memory group photo (left to right):

U.S. weightlifting team had an outstanding performance and won the first place in Melbourne. It was their third consecutive win in the competition versus other national weightlifting teams at the Olympics. USA also earned the weightlifting nation number one title in London (1948) and Helsinki (1952).

In the last day of the weightlifting tournament, the gold was won by Paul Anderson in the heavyweight class. The “Miracle of Nature” was an obvious favorite with all his world records and strength results. Needless to say, it wasn’t an easy win. He won the title only because he was lighter than his opponent, Humberto Selvetti of Argentina. Actually, the cover photo shows how unusually light Paul Anderson looked after his big win in the 90+kg class. Compared to his 164.5 kg body weight at the previous year World Championships in Munich, Anderson was only 137.9 kg in Melbourne.