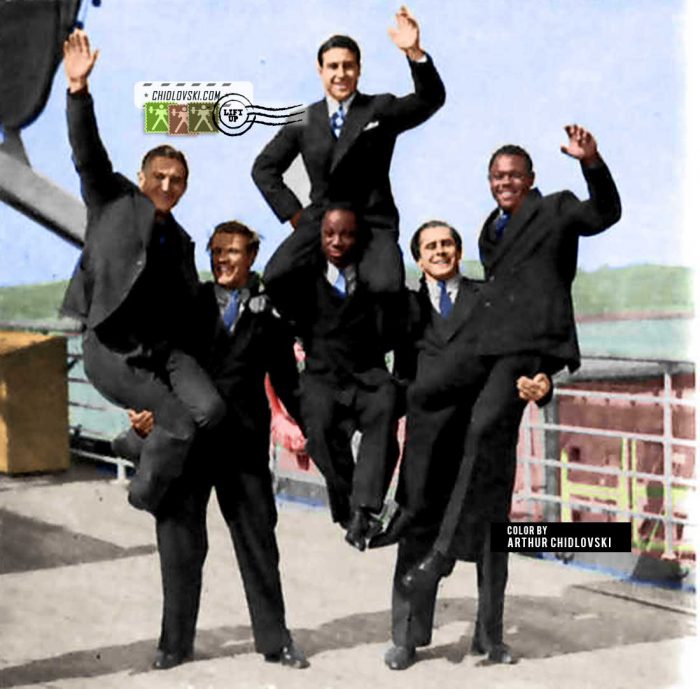 October 1938 – American weightlifting team is on its way to the 1938 World Championships in Vienna (left to right):

The U.S. weightlifting was gaining a momentum and moving from a peripheral weightlifting nation on the world map to the elite power in the international Olympic weightlifting. Bob Hoffman of the York Barbell sponsored the trip to Europe and John “Donna” Fox, captain of the American 1936 Olympic bobsled team, was a team manager.

The 1938 World Championships brought together 46 athletes from 17 countries. Germany won the 1st place. USA was 2nd and Italy 3rd. This was the last World championship before the beginning of the WWII.

The war was in the air in Europe.  In less than a year, the WWII began and no world championships were held.