David Rigert Gets Injured at the 1974 Friendship Cup in Yerevan 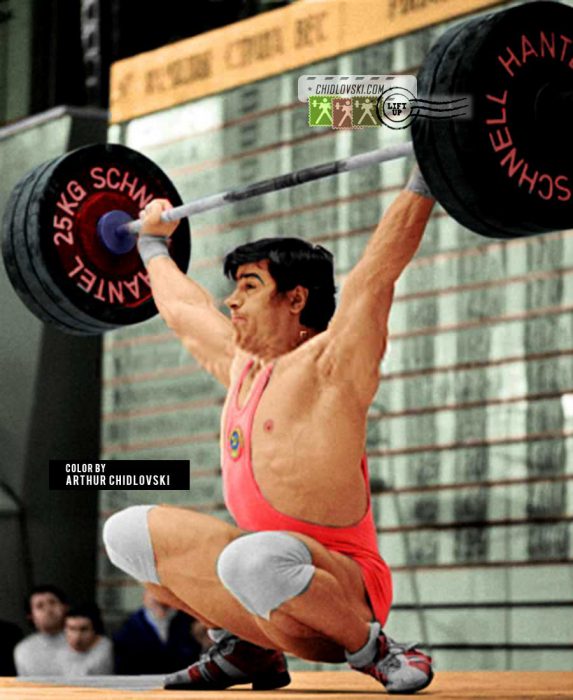 Rigert started with a successful 162.5kg opener in the snatch program and then went on with 167.5kg.

The cover photo pictures a moment before he got a serious injury that kept him out of competitions for several weeks.

Here is what Oscar State, the IWF Secretary General, wrote about this episode in his report from the tournament in Yerevan:

“He was not in a perfect receiving position when the bar arrived to arms length. He started to move his right foot and as he did so, there was a loud crack and he collapsed in an agonized heap. I thought he had broken a bone or snapped a tendon, but it turned out to be just a pulled tendon, yet bad enough to keep him out of competition for several weeks.”