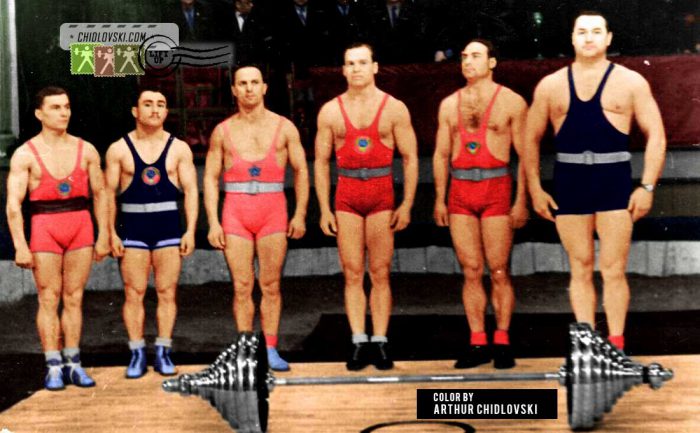 May 16, 1951, Kaunas, Lithuania –National champions in Olympic weightlifting are being announced at the closing ceremony of the 1951 USSR Championships held at the Sports Palace in Kaunas (left to right):

The 1951 USSR Championships was the 26th national competition in the country. It gathered 136 Olympic weightlifters from 13 USSR republics in 7 weight classes. The medalists for the teams’ competitions were