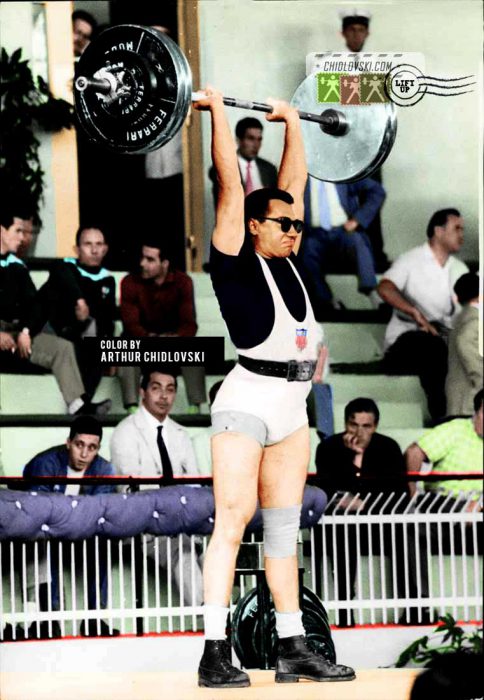 Jim George entered the Olympics in Rome as a bronze medalist of the previous Olympics in Melbourne in 1956. A few days prior to the tournament, the main contender in the light heavyweight class Rudolf Pluckfelder of Team USSR was injured while training already in Rome. Jim George won the press and the snatch programs and was the lead. However, in the cj program, the world record holder in this lift, Ireneusz Palinski of Poland outlifted George with a new world record (180kg) and won a gold medal with a 442.5kg total. Jim George became an Olympic vice champion with a 430kg total.

James “Jim” George (born in 1935) was one of the world class athletes of the legendary Team USA of the Bob Hoffman’s era in this sport.