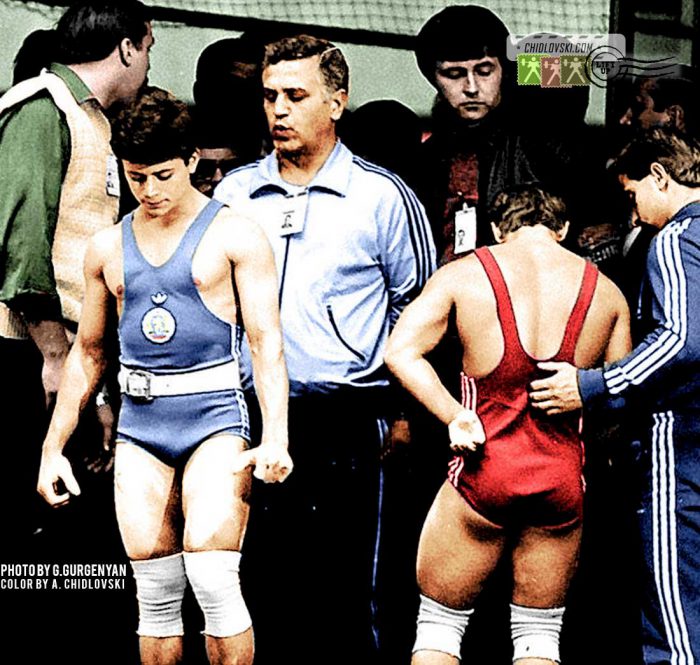 History in Color:
October 22, 1983, Moscow, Russia – 19-year old flyweight Neno Terziyski of Team Bulgaria is about ready for his attempt in the 52kg weight class at the 1983 World Championships in Moscow.

Neno Terziyski competed for Bulgaria at the 1992 Summer Olympics in Barcelona (4th place).