Weightlifting Legends Send You Their Smiles From Vienna (1954) 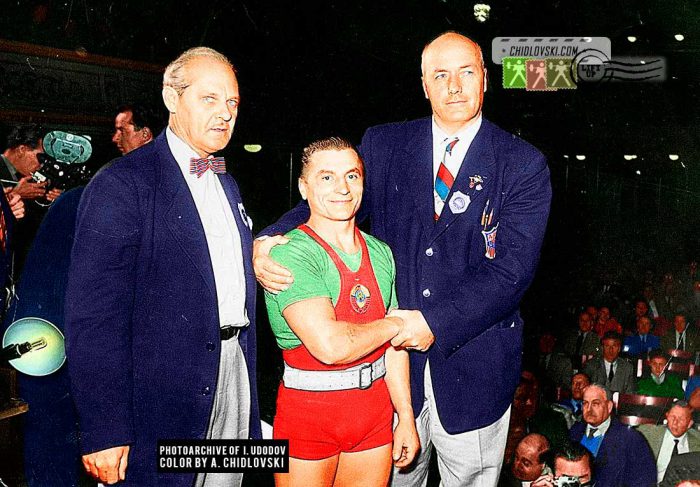 History in Color:
October 7, 1954, Vienna, Austria – Legendary personalities of Olympic weightlifting send you their smiles from the Wiener Konzerthaus stage during the 1954 World Championships in Vienna (left to right):

The black-and-white original came from the archives of Ivan Udodov, the first Soviet Olympic champion in weightlifting (Helsinki, 1952). Clarence Johnson served as the IWF President in 1960-1972. Last but not least, a milestone personality in the U.S. and World weightlifting, Bob Hoffman who literally ran this sport for decades in the United States, brought the U.S. from a weightlifting sidekick before the World War 2 to the major weightlifting super power after the war.