Middle Heavyweights Intro at the Prize of Moscow (1961) 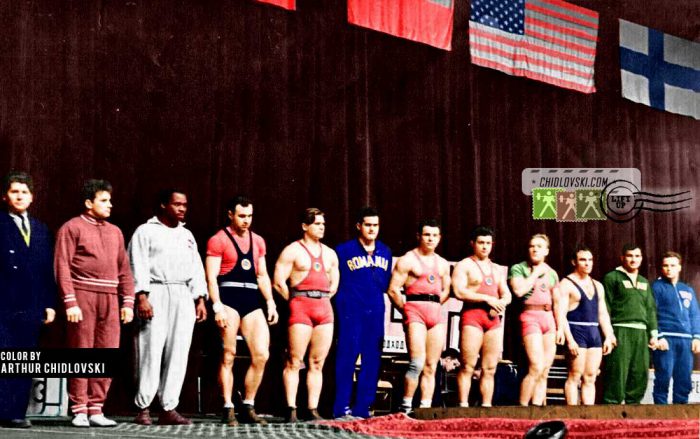 History in Color:
March 11, 1961, Moscow, Russia – Middle heavyweight athletes ate being introduced before the competition in the 90kg weight class at the 1961 Prize of Moscow invitational tournament in Moscow (left to right):