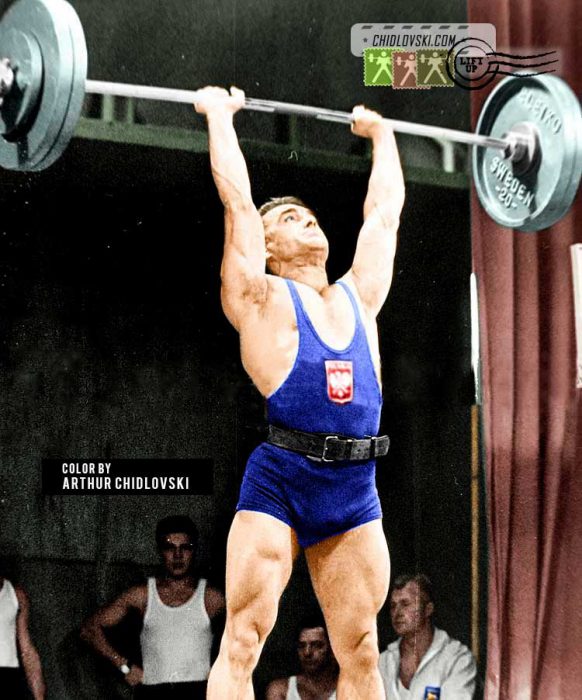 History in Color:
Stockholm, September 9, 1963 – The first Polish World Champion, Marian Zielinski performs a press lift in the lightweight class  on his way to his second World title  at the 1963 World Championship in Stockholm.

Marian Zielinski (1929-2005) was one of the best weightlifters in the world in the 1960s. He was the first World champion from Poland (1959) and a true legend of Polish and world Olympic weightlifting.