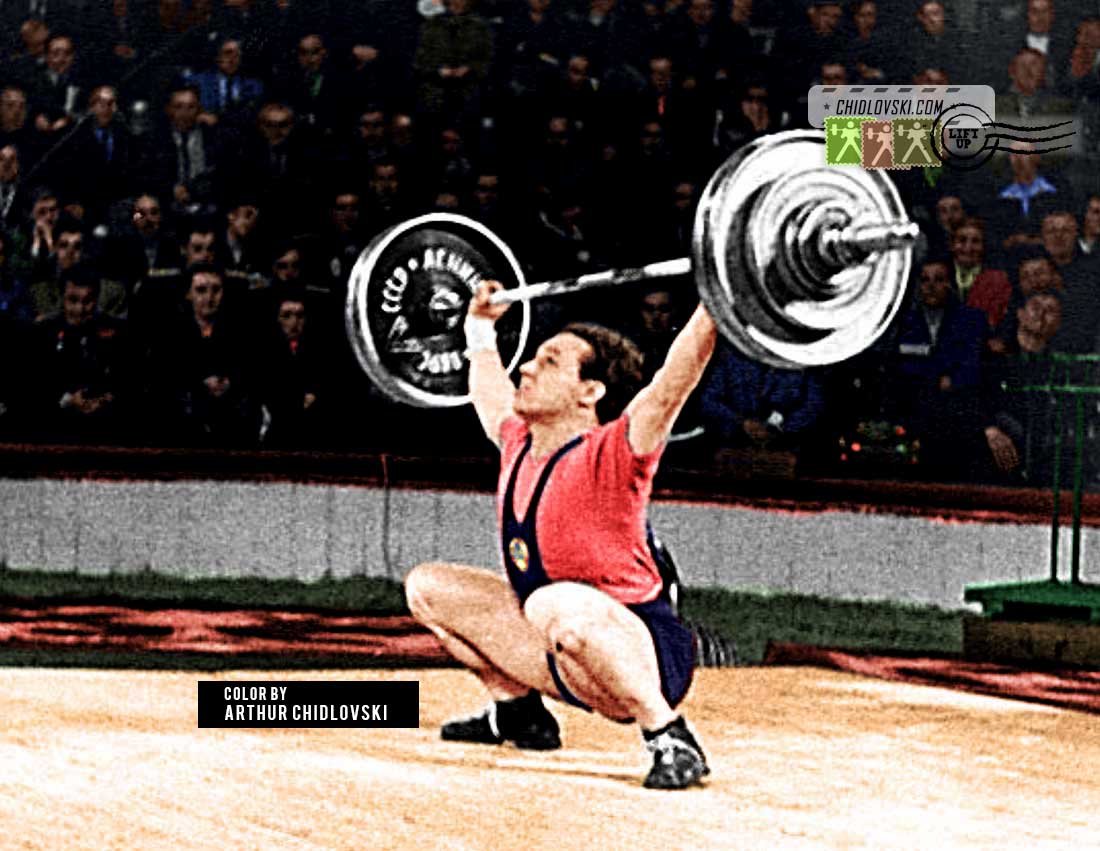 History in Color
June 18, 1955, Moscow, Russia – 34 year-old middleweight Yury Duganov of Team USSR is setting a new world record in snatch (132.5kg) in the 75kg class at the 2nd match of the USA vs. USSR Olympic weightlifting series held in the State Circus Arena in Leningrad.

Duganov was a brilliant technician and one of the first in the USSR to use the squat style in competitions. His forte was his snatch lift.