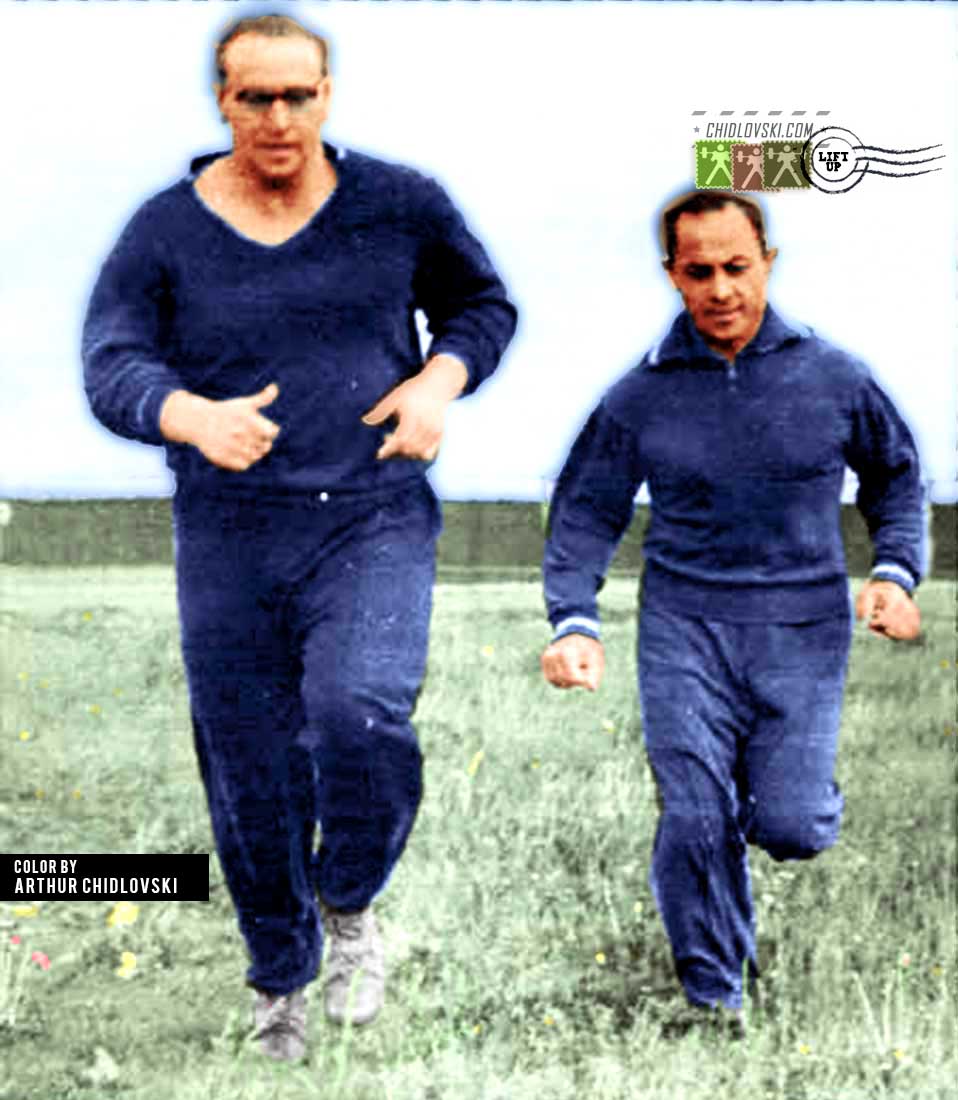 The Lift Up: History in Color series features a photo of Yury Vlasov and his coach Suren Bogdasarov jogging in the morning in the 1960s.

Suren Bogdasarov (1920-2009) was a prominent weightlifter of the 1940s and one of the most respectful coaches of the Red Army and national weightlifting teams.

Olympic champion of Rome (1960) and the strongest man on the planet of the first half of the 1960s, Yury Vlasov (b. 1935) needs no special introductions.

The cooperation between Vlasov and Bogdasarov remains one of the greatest examples of coach-and-athlete relationships in the history of this sport.

It produced many World and European titles, Olympic medals and over 30 world records.

What’s even more important, it turned into a true friendship between two talented individuals that lasted for many decades. Way after Yury Vlasov retired from weightlifting competitions and became a successful writer and then got involved into the politics.

By the way, when was the last time you went jogging with your coach or athlete?