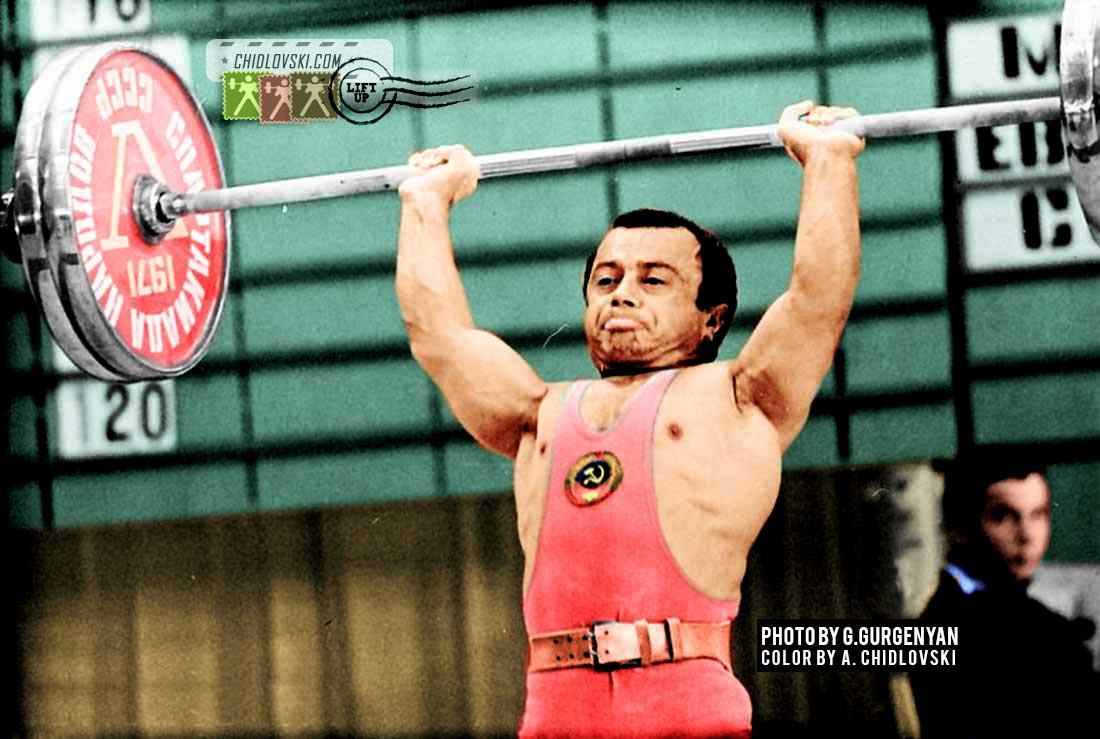 Adam Gnatov (born in 1944) competed in the 52kg weight class. He was a vice champion of the 1972 European Championships in Romania.

He authored 14 World and USSR records in the flyweight category.

Out of these 14 world records, one will never be broken. It’s the 120.5kg press record set in 1972 right before the press lift was eliminated from the official program by the IWF.

Needless to note that Adam Gnatov literally owned the record book for the press lift in the 52kg weight class. He set the first world record in the book in 1969 (102.5kg). And he closed the book in 1972 when he pressed 120.5kg.