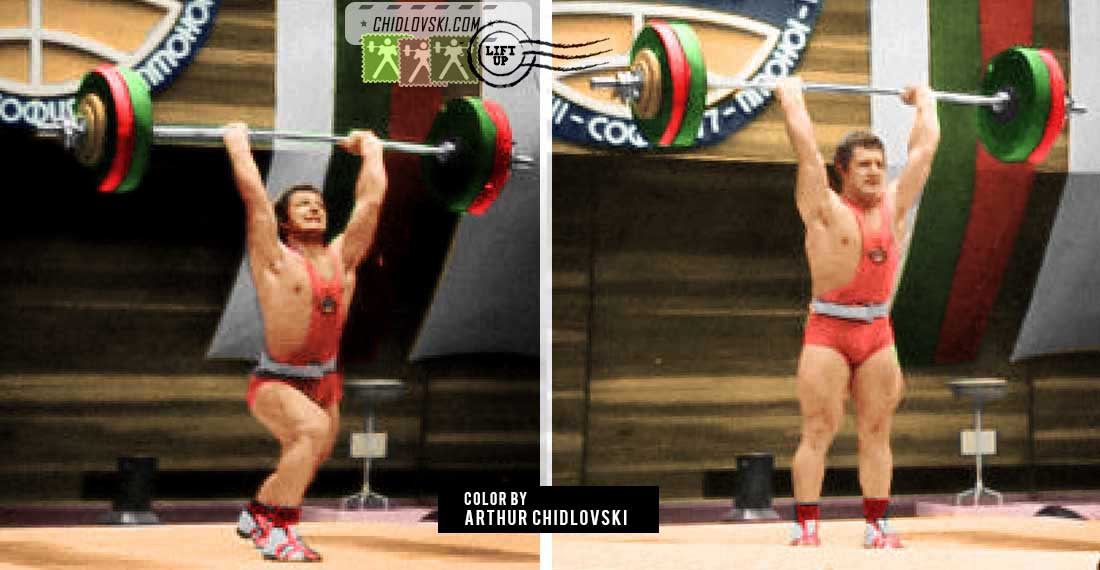 History in Color:
Sofia, Bulgaria, 1977 – 19-year old Victor Sots of Donetsk, Ukraine competes for Team USSR in the clean-and-jerk program in the 90kg class at the 1977 Junior European Championships in Sofia.

Victor Sots developed into one of the strongest and most impressive lifters in the 100kg class in the early 1980s. He won two World and European titles, USSR Championship, USSR Cup and set 6 world records.

His trademark was his powerful push press style in the CJ lift. The cover photos at the 1977 Junior European Championships in Sofia are interesting because they portray Victor Sots using… a classical split style in the jerk.