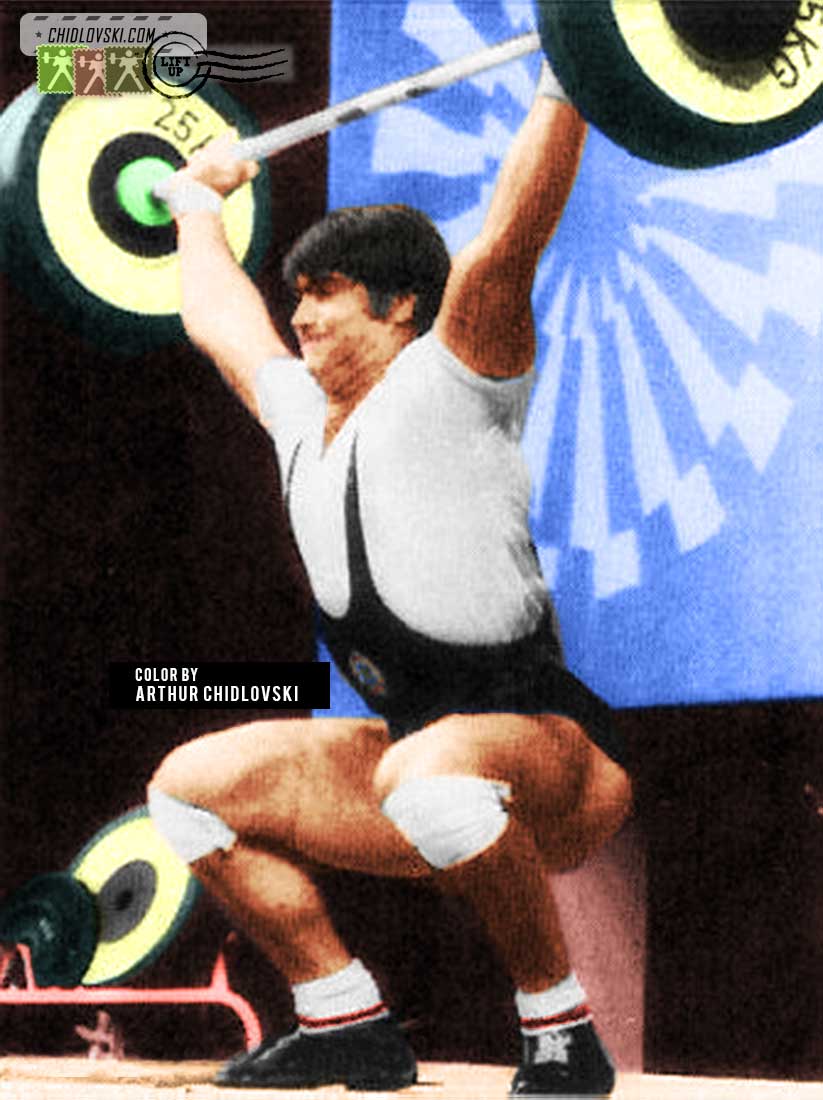 September 3, 1972, Munich, Germany – 20-year old middle heavyweight Atanas Shopov of Pazardzhik, Bulgaria performs a snatch lift on his way to a silver Olympic medal in the 90kg class at the 1972 Summer Olympics in Munich.

Atanas Shopov (b. 1951) was a member of the first Bulgarian teams assembled by legendary coach Ivan Abadzhiev.

Shopov represented his country at two Summer Olympics. While competing in the 90kg weight class, he won a silver medal in Munich (1972) and a bronze medal in Montreal (1976).