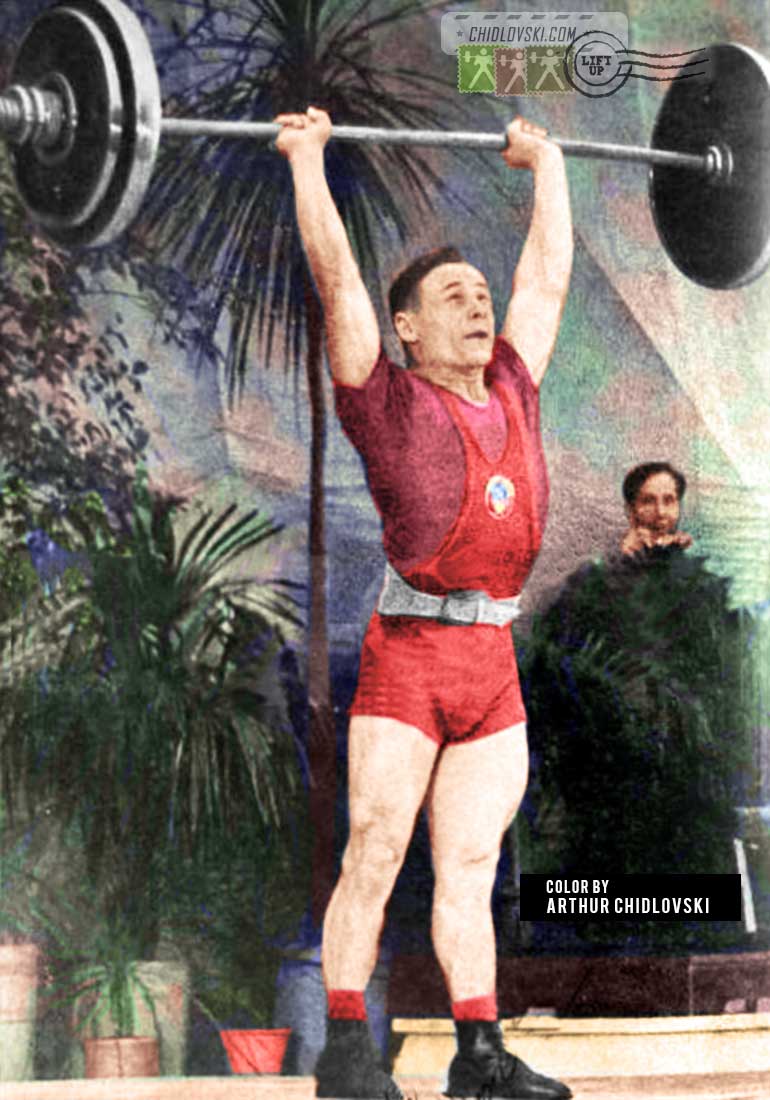 History in Color
June 16, 1955, Moscow, Russia – Legendary Soviet bantamweight Vladimir Stogov of Team USSR is competing against his long-term rival Chuck Vinci in the 56kg class at the USA vs. USSR Olympic weightlifting match in the Green Theater in Moscow.

Olympic vice champion in the bantamweight of the 1956 Summer Olympics, Stogov competed for the Red Army club in Moscow and was a 5x World champion, 6x European champion and 4x USSR champion. He authored 7 world records in his career.

The bantamweight rivalry between Vladimir Stogov of the USSR and Chuck Vinci of the USA is one of the all-time classics in the history of the Olympic weightlifting.