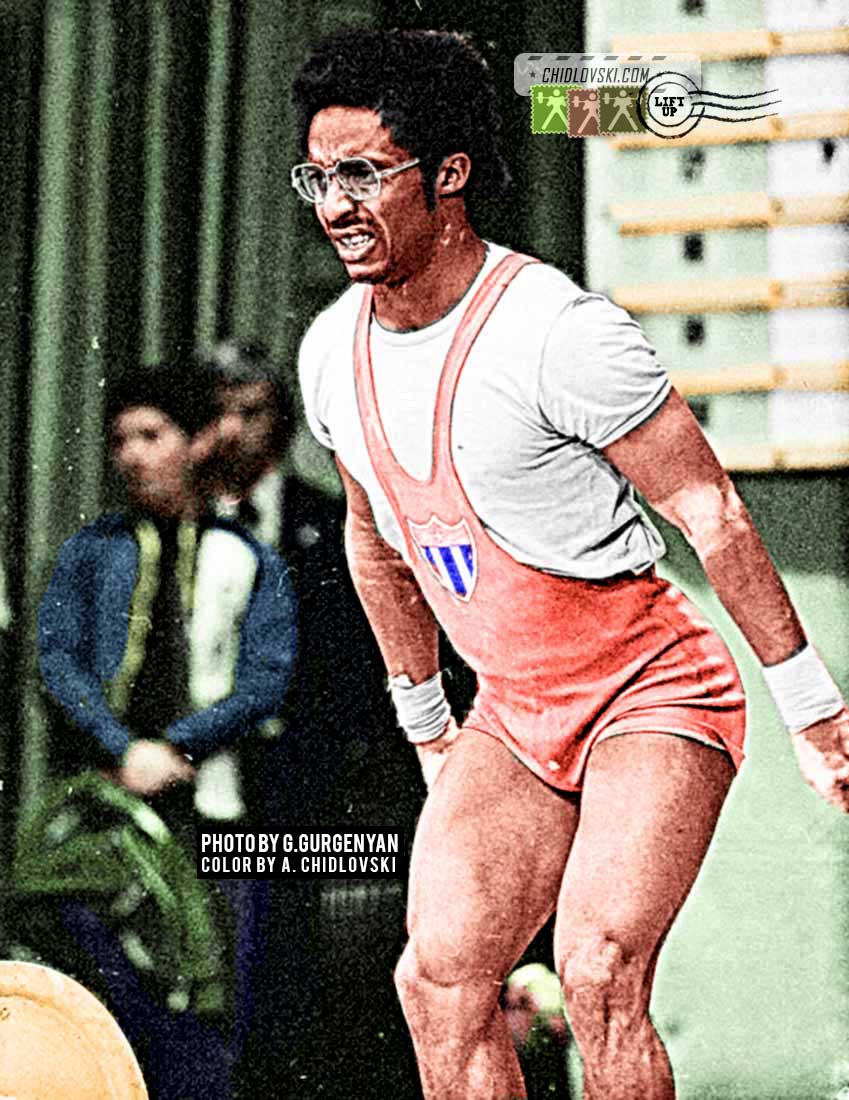 March 16, 1978, Moscow, Russia – Flyweight Francisco Casamayor of Team Cuba competes in the 52kg class at the 1978 Friendship Cup in Moscow.

The author of the original black-and-white photo Gogi Gurgenyan called this shot “Hi there. I am going to lift now.”