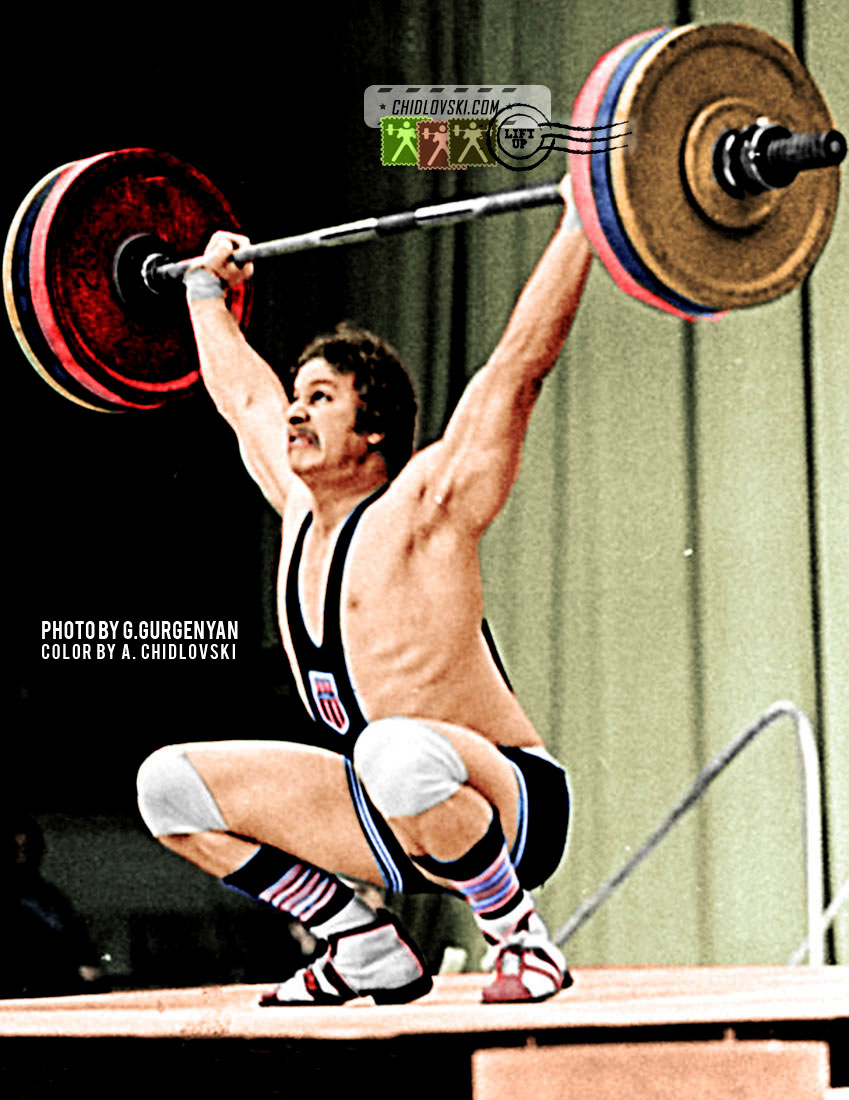 History in Color:
August 1, 1979, Leningrad, Russia – Guy Carlton of Decatur, IL, USA competes in the 100kg class at the 1979 USSR Spatrakiade and USSR Championships in Leningrad.

Due to the boycott, Team USA didn’t participate in the 1980 Olympics. In 1984, Guy Carlton won the bronze medal for the U.S. in the 110kg class at the 1984 Summer Olympics in Los Angeles.

Guy Carlton wasn’t a slick technician type of a lifter but rather a very strong and powerful athlete. In addition, Guy seemed to be quiet popular among lifters and fans. His section at our Lift Up project has always been on the very top by the number of comments by people who wanted to share their memories about Carlton.

Guy Carlton was a 2x winner of the US National Championships (1981,1984). Besides winning bronze Olympic medal in 1984, he won a bronze at the 1984 World Championships, a silver at the 1979 Pan American Games in San Juan and on several occasions was in Top 10 best lifters at the Worlds.