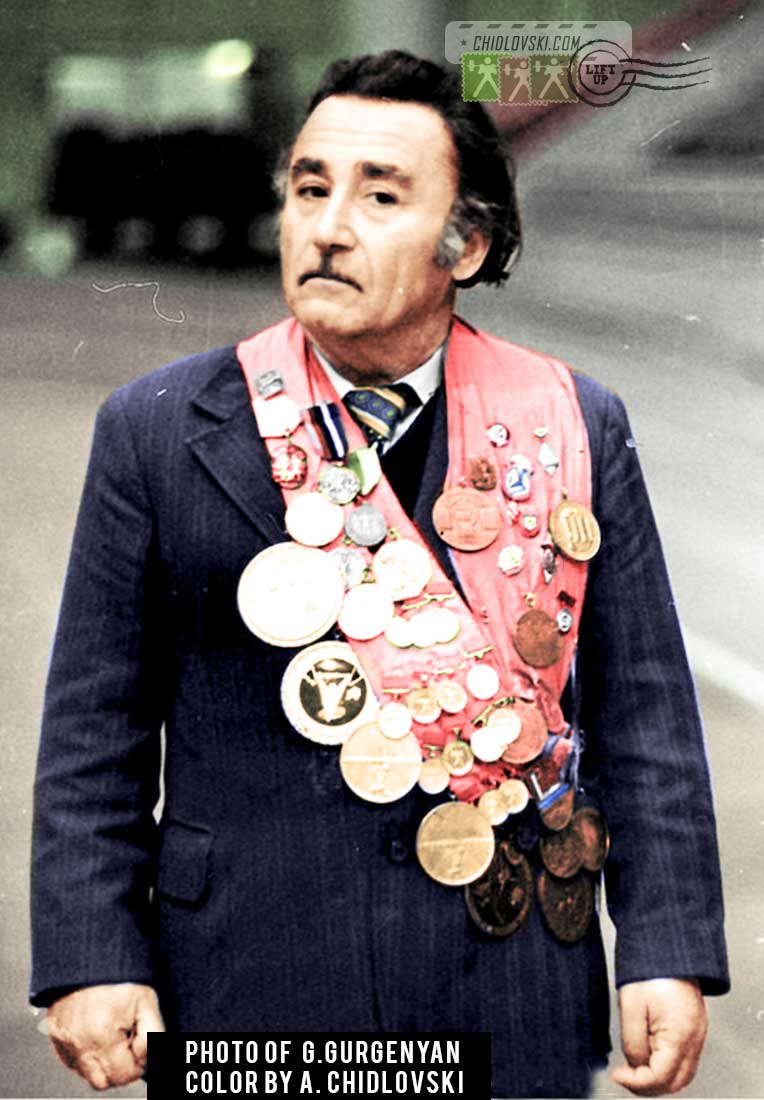 The History in Color series features a color version of the portrait of Olympic chamion Rafael Chimishkyan of Team USSR and Team Georgia.

In my point of view, Rafael Chimishkyan is one of the most charismatic weightlifters in the history of this sport. Even the early official passport or “hang it on the wall in your office” like portraits couldn’t hide his charisma and personality.

At 23, Rafael Chimishkyan became the second Soviet Olympic champion when he won a gold medal at the 1952 Summer Olympics in Helsinki. He went to Helsinki as a young back up featherweight lifter and came back to his hometown Tbilisi, Georgia as a national celebrity. He was the first Georgian to win the Olympics in weightlifting. He was the first Armenian to become a weightlifting Olympic champion too.

The original photo was made during the celebration of the 100th Anniversary of Olympic weightlifting in Russia. Chimishkyan was 56 on the photo.Today, Rafael Chimishkyan is 89. He is still active, has a great sense of humor and very charismatic.