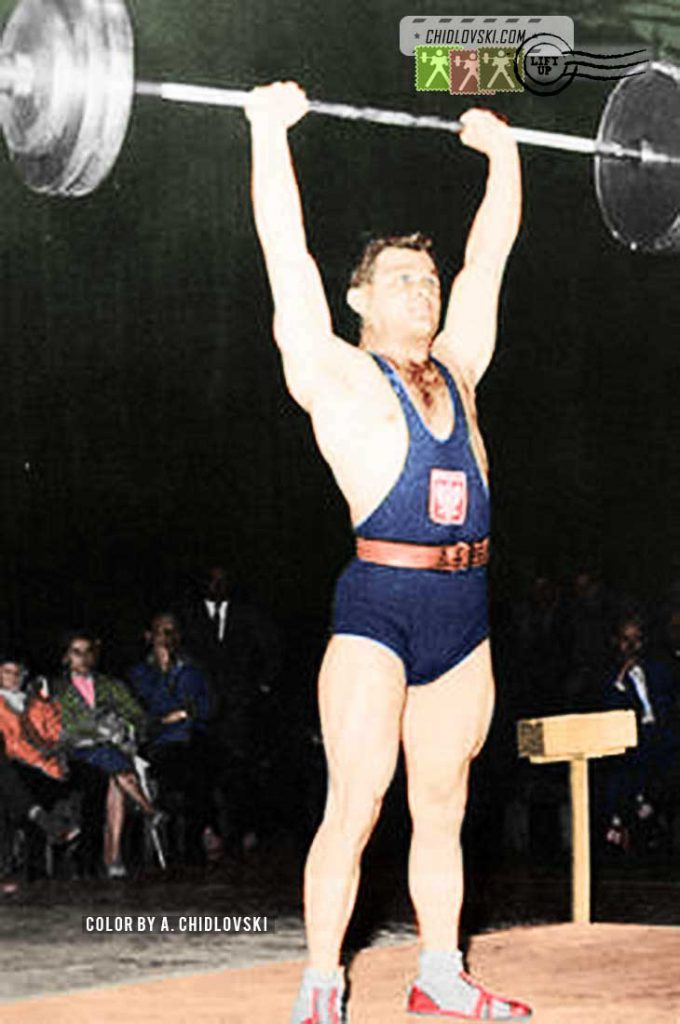 The History in Color presents a color version of the photo of Jan Bochenek, the light heavyweight star of Team Poland in the 1950s.

Jan Bochenek (Poland, 1931-2011) was a distinguished athlete and coach of Team Poland.

In the late 1970, Jan Bochenek worked as an assistant to Klemens Roguski with Team Poland and then, from 1980, coached the national weightlifting team.