Athletes and Coaches: Popov and Kirshon 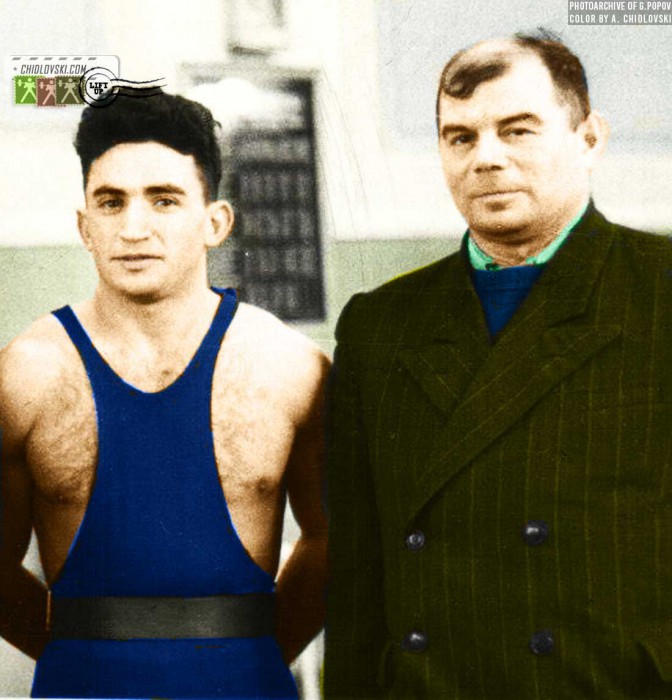 On the photo, George Popov (on the right) is depicted with his student Pinchas Kirshon in the training hall known among weightlifters as “Popov’s Home” in Kiev.

His student Pinchas Kirshon (1932-2008, on the right on the photo) was also a very strong athlete. He competed in the featherweight class and managed to set 5 world records in 1954.