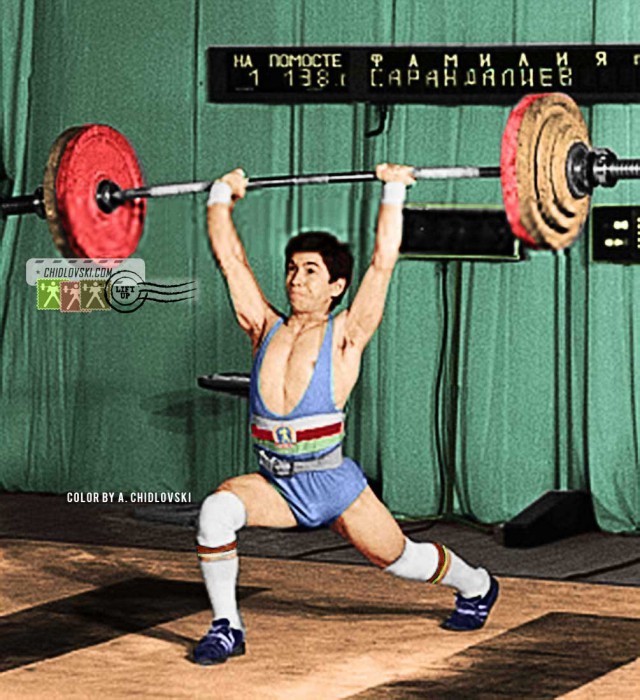 Zhenia Sarandaliev (b. 1961) was one of the most promising young athletes of  Ivan Abadzhiev’s Team Bulgaria Weightlifting. In 1982 in Ljubljana, he became a vice champion of the World and Europe in the flyweight.

In the national Bulgarian championships , from 1980 to 1992, Sarandaliev consistently won medals – 3 gold, 3 silver and 5 bronze medals.

Zhenia Sarandaliev is ranked in the Top 30 flyweights in the world of the 20th century. His personal best was 245kg (107.7+137.5) total in the flyweight at the 1982 World Championships in Ljubljana.