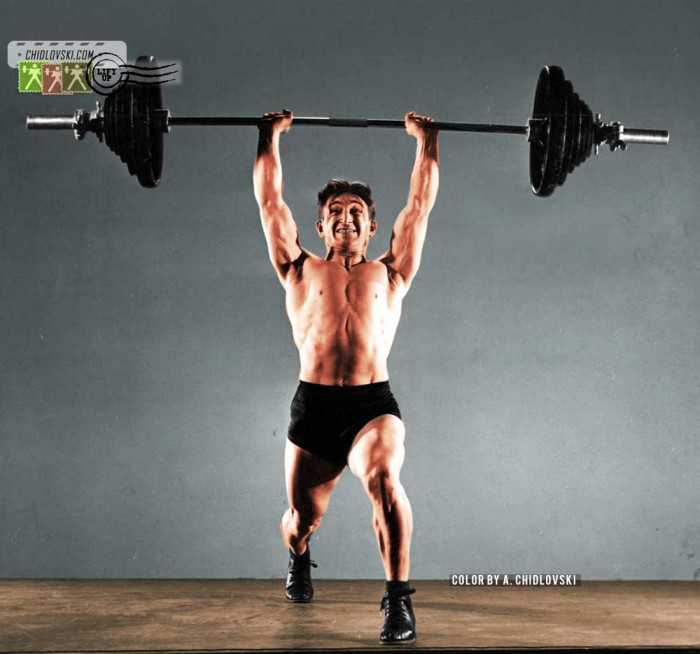 This is a Happy 4th of July Olympic weightlifting style message!

U.S. weightlifting has a long and impressive history of legendary teams, coaches and athletes. One of them was John Terpak (1912-1993) and, by the way, he was also born on July 4!

The History in Color series showcases a color version of the clean-and-jerk demo lifting by John Terpak of the York Barbell back in the glorious days of the legendary weightlifting place in York, PA. John Terpak was a significant part of the York Barbell. First, as a decorated athlete and then as the right hand of Bob Hoffman in management and administration, as a vice president, CEO, and chairman of the board of York Barbell.

And to internationalize the 4th of July celebration, besides John Terpak, Happy Birhday to the following weightlifters: