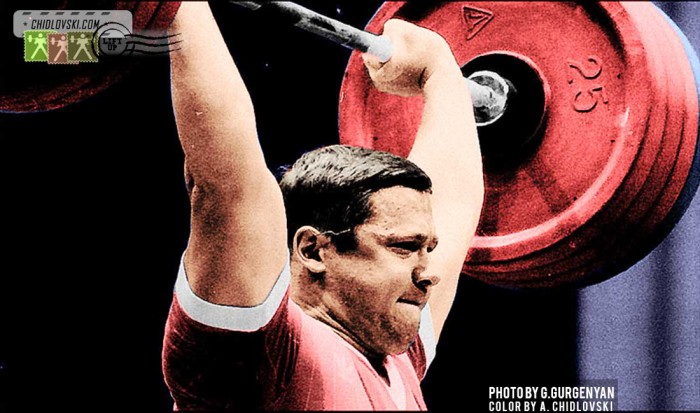 Due to the Soviet boycott of the 1984 Summer Olympics, Viktor Solodov didn’t compete in Los Angeles. Instead, Team CCCP weightlifting went to the 1984 Friendship Cup in Varna and Solodov won the 90kg class with 2 outstanding world records – 233kg in cj and 422.5kg total.

Viktor Solodov set 4 world records in his career – 3 in clean-and-jerk and one in total.

Needless to say, the 422.5kg total remains the highest total lifted by the middle heavyweights ever.