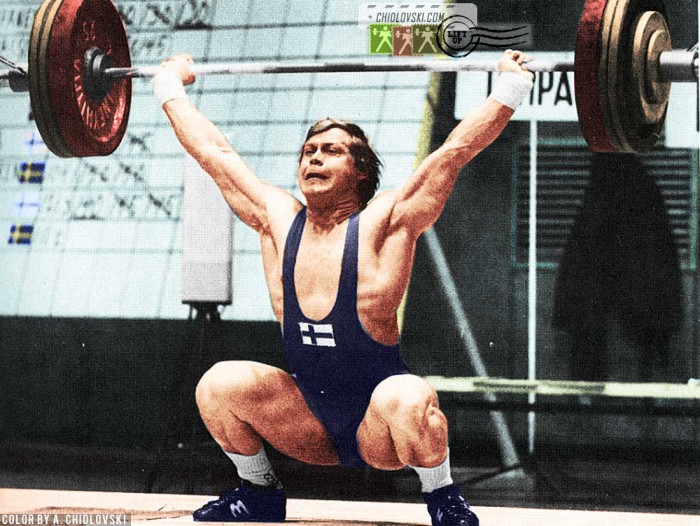 The History in Color cover photo depicts one of the best Finnish weightlifters 0f the 1970s Juhani Avellan competing at one of the meets between Team Finland and Team Sweden.

In 1975, Avellan brought home a bronze European medal from Moscow.