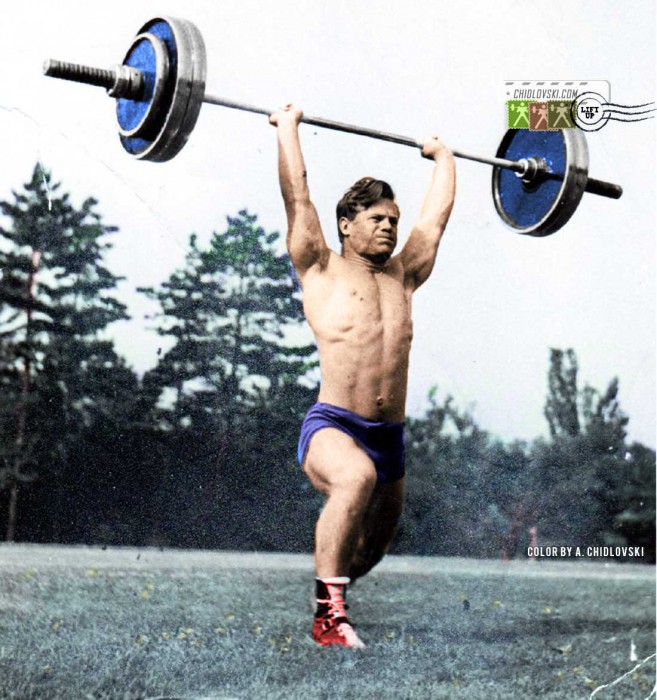 The History in Color presents a color version of the photo of young Hungarian athlete Gyozo Veres practicing a clean-and-jerk lift outdoors.

As we all know, Veres became one of the best weightlifters in the world.