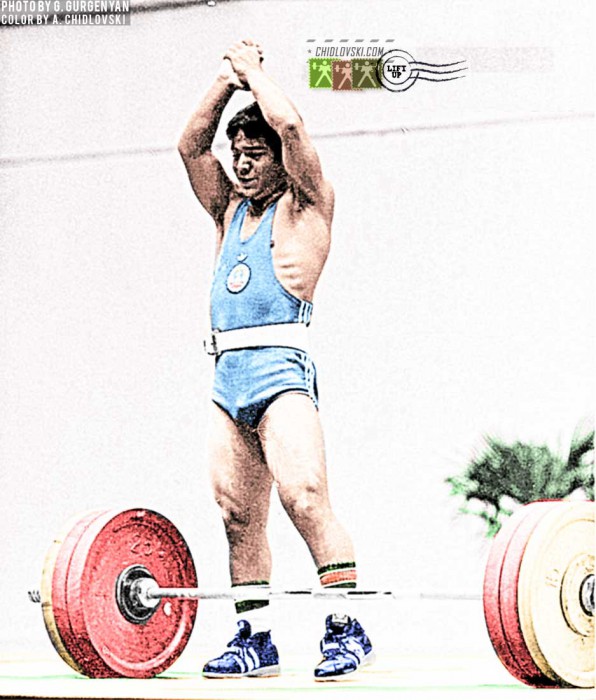 History in Color:
Original black-and-white picture by Gogi Gurgenyan features 16-year old Naim Suleymanov of Bulgaria receiving an ovation from the public at the 1983 World Championships in Moscow, Russia.

It was his first appearance at the senior World Championships. Later on he became known as Naim Suleymanoglu or “Pocket Hercules” and won three Summer Olympics in weightlifting.