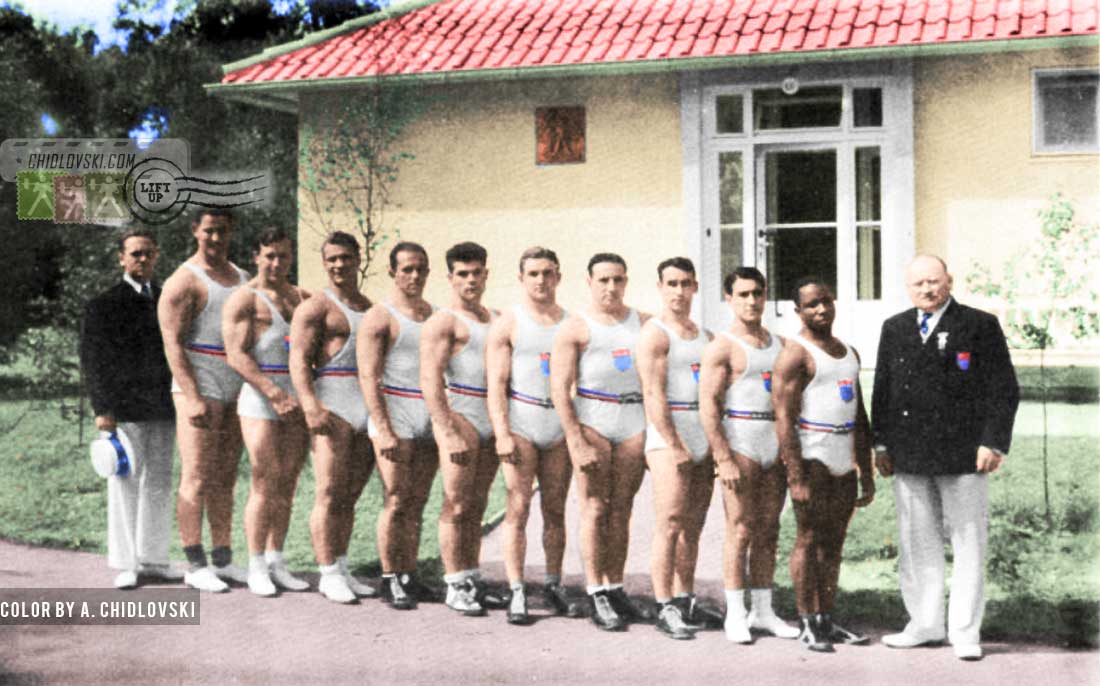 The 2017 IWF World Championships tournament is scheduled to be held in Anaheim, USA from November 27, 2017 t0  December 5, 2017. The Lift Up and our sub-publications continue the Go USA Weightlifting Marathon superseries of historical articles to cheer up the Team USA and all the fans of the Iron Game who certainly will be following one of the key Olympic weightlifting events of the year.

The History in Color cover features the Team USA 1936, the first U.S. weightlifting team ever sent to the Summer Olympics.  The photo was taken in the Olympic Village at Elstal in Wustermark (Berlin, Germany)