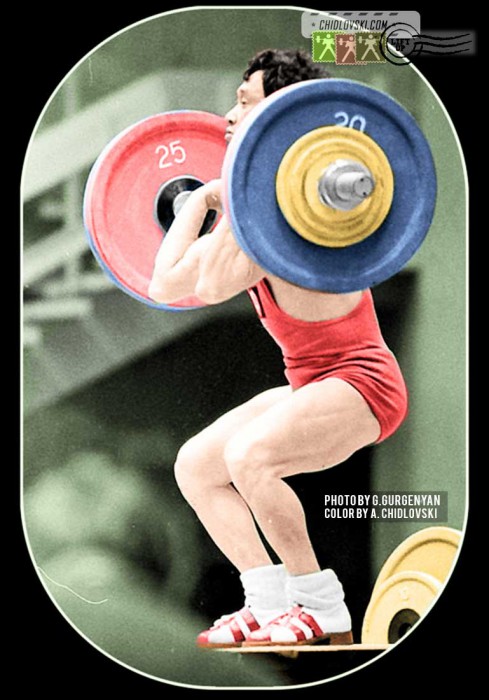 May 12, 1980, Moscow, Russia – Flyweight candidate to the Olympic Team USSR, Kanybek Osmonaliev of Burevestnik, Frunze, Kirgizia, competes in the 52.5kg weight class at the 1980 USSR Championship held at the Izmailovo Weightlifting Arena.

Osmonaliev won the title with the 245kg total (107.5+137.5) and improved his standing on the list to represent the Soviet Union at the Summer Olympics. In a few months, Kanybek won the Olympics at the same arena with the same total and individual lifts.