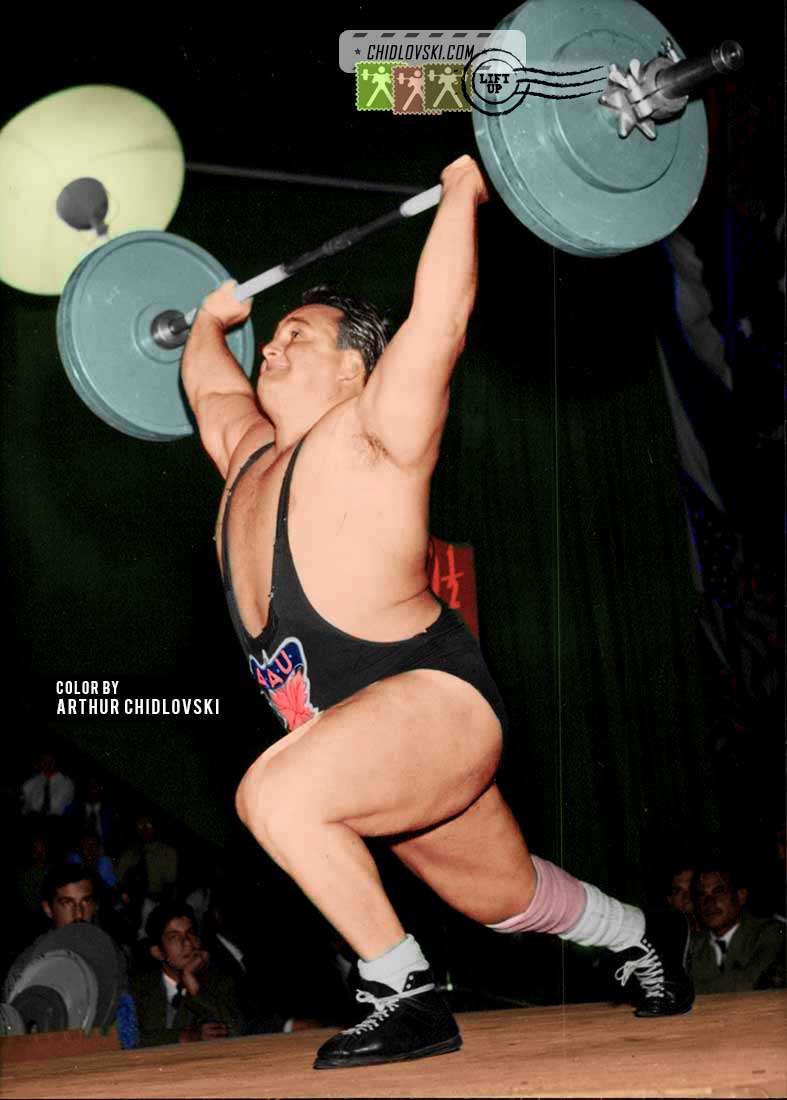 August 30, 1953, Stockholm, Sweden – Canadian heavyweight Douglas Hepburn does his his first attempt in the snatch at the 1953 World Championship in Stockholm.

Douglas Hepburn was the first Canadian to win the World Championship in Olympic weightlifting and, so far, remains the only one for Canada in the history of men’s tournaments.

Obviously, Hepburn is a cult figure in the history of Iron Game. There are many articles and books written about him. I’d rather present only some of his strength PB’s: