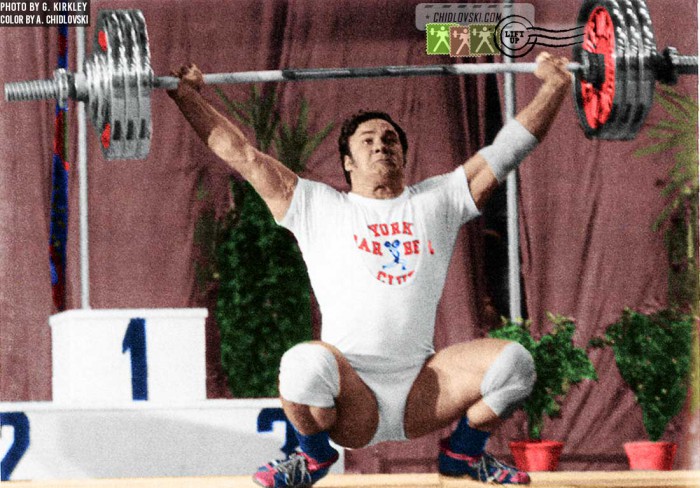 September 27, 1969, Warsaw, Poland – 25-year old Bob Bednarski of USA sets a new world record in snatch in the heavyweight class at the 1969 World Championship in Warsaw.

We already featured legendary Bob Bednarski in our History in Color series. This time the original black-and-white photo is one of the classics by George Kirkley.

Robert “Bob”Bednarski (1944-2004) was a true legend of American and world Olympic weightlifting and a true favorite of the fans that nicknamed Bednarski as  “the eights wonder of the world” along with the other seven. So, here it goes – the Great Pyramid of Giza, the Hanging Gardens of Babylon, the Statue of Zeus at Olympia, the Temple of Artemis at Ephesus, the Mausoleum at Halicarnassus, the Colossus of Rhodes, the Lighthouse of Alexandria and… the amazing Bob Bednarski of U.S. Weightlifting!

Bob Bednarski and Joe Dube at the 1967 Pan American Games in Winnipeg, Canada