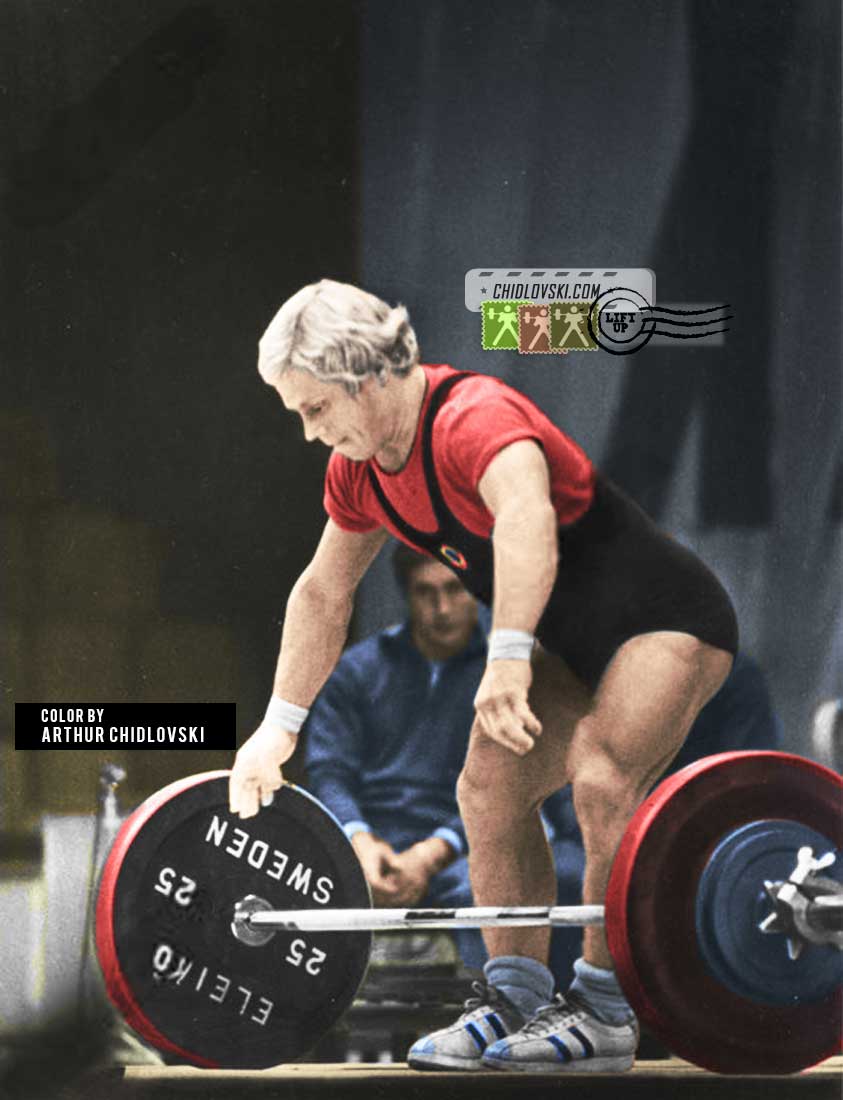 4′ 7″, if you are not comfortable with centimeters.

But he was a little strongman with unmatched dedication and will to become a champion.

He competed for the Trud Kemerovo club in the 52kg weight class.

Alexander Voronin initially studied acrobatics in the circus studio. During one of the performances, he was noticed by the weightlifting coach Gennady Borovikov.

Flyweight athletes are not an easy target to find in Russia.

Borovikov was glad to find such guy with obvious potential.

In his first day in the gym, Voronin’s bodyweight was only 48kg and did a 110kg back squat.Soon he entered his first competition and won.

It was in February 1971 and Voronin was almost 20. Not exactly the age for the rookie to expect to become world class athlete. Nowadays, some are already about to retire from lifting at this age.

But Voronin turned to be driven towards becoming the champion and in 5 years he won the Olympics.

He was ready to compete at the 1980 Olympics. The Soviet coaches were considering to send two athletes either in the flyweight or in the super heavyweight. The second option won.

The Lift Up: History in Color brings back the memorable performance of Alexander Voronin at the 1975 World Championship in Moscow.