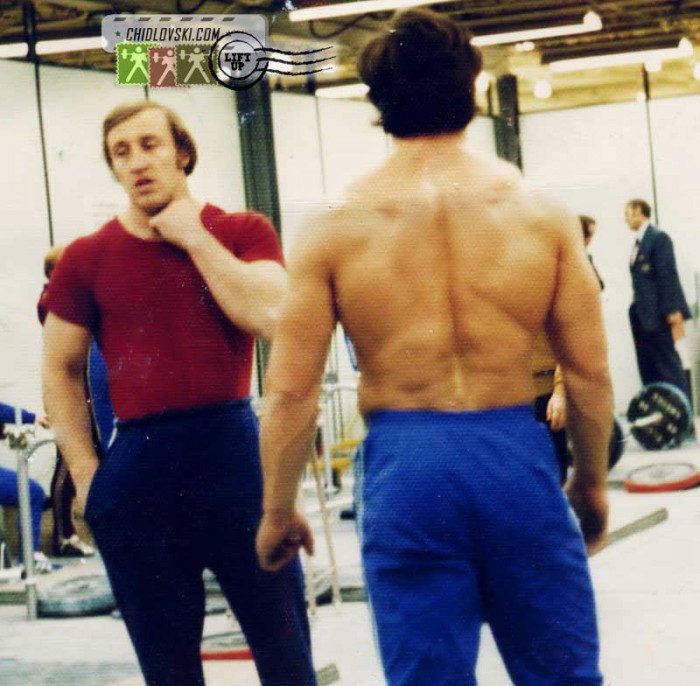 Valery Shary and David Rigert are ready to start their training session prior to the 1976 Olympics in Montreal.

Shary and Rigert shared many things in common.

Both were the finest and perhaps most popular lifters of the 1970s.

Both were suggested as unstoppable candidates for the gold medals at the 1972 Olympics and both flopped in Munich.

Finally, Shary and Rigert were very good teammates and friends in those days.

The original photo was donated to Lift Up by Rob MacLem (Canada) He wasn’t a famous OLympic weightlifting photographer back then.