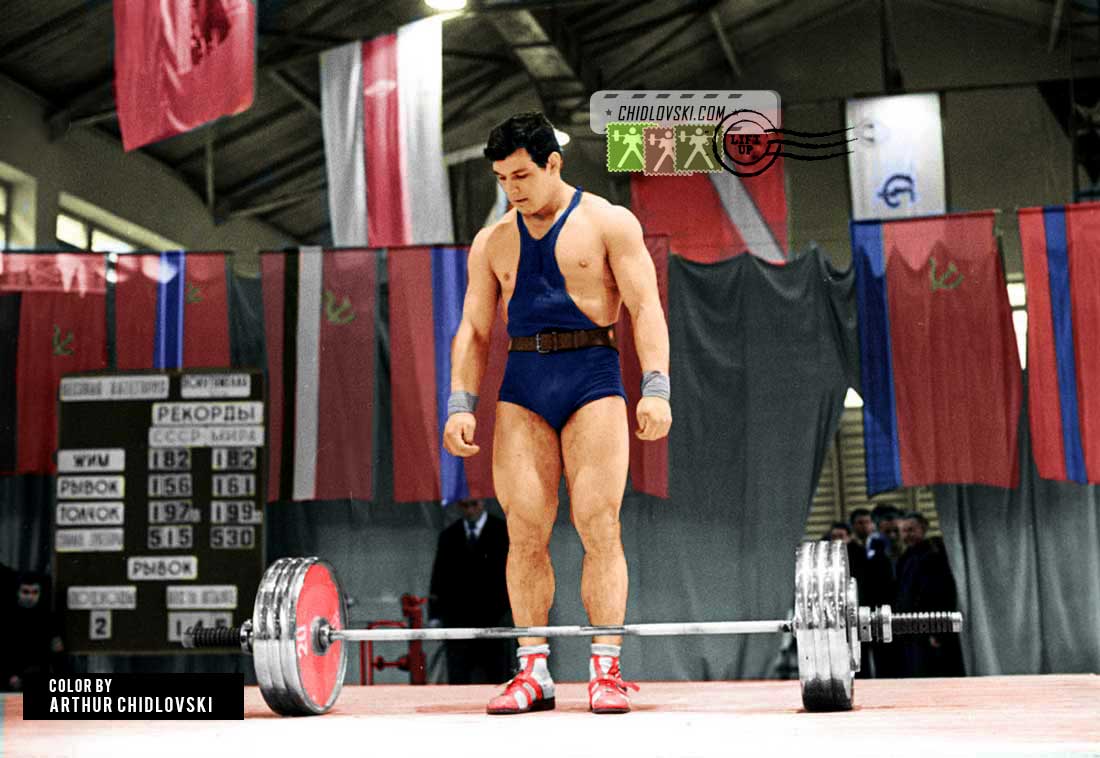 The Lift Up:History in Color series:
Sergey Poltoratsky focuses on upcoming lift at the 1970 CCCP Championship in Vilnus, Lithuania.

Team CCCP had a mighty group of athletes in this class. It was a challenge to get a spot on the team to represent the country on the international arena. Poltoratsky managed to win the World and European title in 1977 and set two world records – in the press and in the cj lifts.

Sergey Poltoratsky at Lift Up