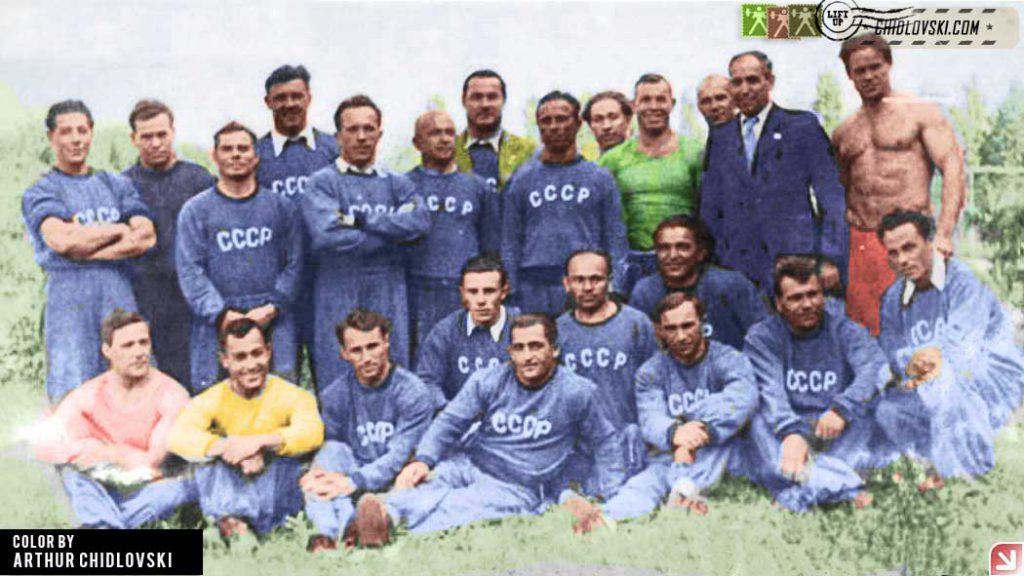 This is a digitally enhanced version of weightlifting Team CCCP in Kharkov in 1947.

Note: For more information, please follow the link associated with the name in the caption.

In my opinion, it’s a brilliant snapshot of weightlifting personalities in the 1940s.

The photographer managed to get together literally the founding fathers that created the foundation of the Soviet weightlifting for the next 50 year of its glorious history.

It was  only two years after World War II. Most of them just came from the service.

In the next few decades, some of them will soon win Olympic  and world titles. Some will coach next generations of champions.

It was the crème de la crème of Soviet Olympic weightlifting in one photo.