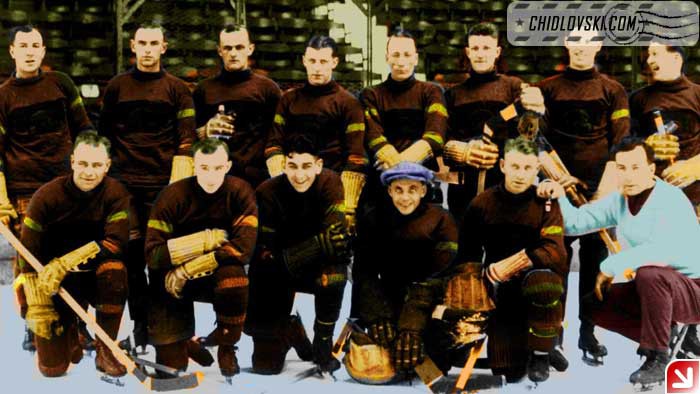 While waiting for the 2016-17 season opener this week, here is a reconstructed team photo and roster of the Boston Bruins opening season in the NHL in 1924-25.

Note: All players on the roster were from Canada. With one exception,  23-year old defenceman Fern Headley was from the United States.
Share