Debates on the Debates 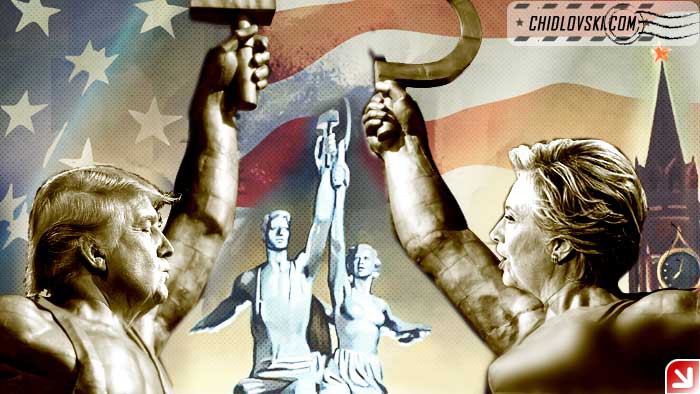 There is a great deal of debates and discussions in Russia about the first Presidential Debates between Hillary Clinton and Donald Trump.

Obviously, most of the experts suggesting the outcome of the debates won’t vote in the U.S. elections by definition. However, the spotlight in Russian media is on the U.S. elections almost with the same intensity as it was on the recent elections to Russian parliament a week ago.

No social studies or polls were conducted but it seems that most pro Kremlin voters in Russia find Trump as a more likeable candidate.

Representatives of opposition to Putin note that it is more likely that Hillary won the first round in the debates. She looked and acted more like a president to be elected than Trump.

Interestingly enough, despite contradictory stand on immigration by Trump, the biggest Russian American community in Brighton Beach in Brookline, NY seems to have Trump as their choice too. Historically, they tended to vote for Republican Party ever since they moved to the United States in the early 1970s. With Trump being a non-mainstream Republican candidates, it seemed that Brighton Beach voters might switch their voices in 2016.  Radio Freedom reports that most residents of Brighton Beach support Donald Trump.

Just a few observations based on the read of Russian news and listening to the latest radio talk shows from Moscow.

I am not sure how many Americans actually know about the outcome of Russian elections a week ago. But, no  doubt that U.S. Presidential elections are being followed in Russia with a big interest.